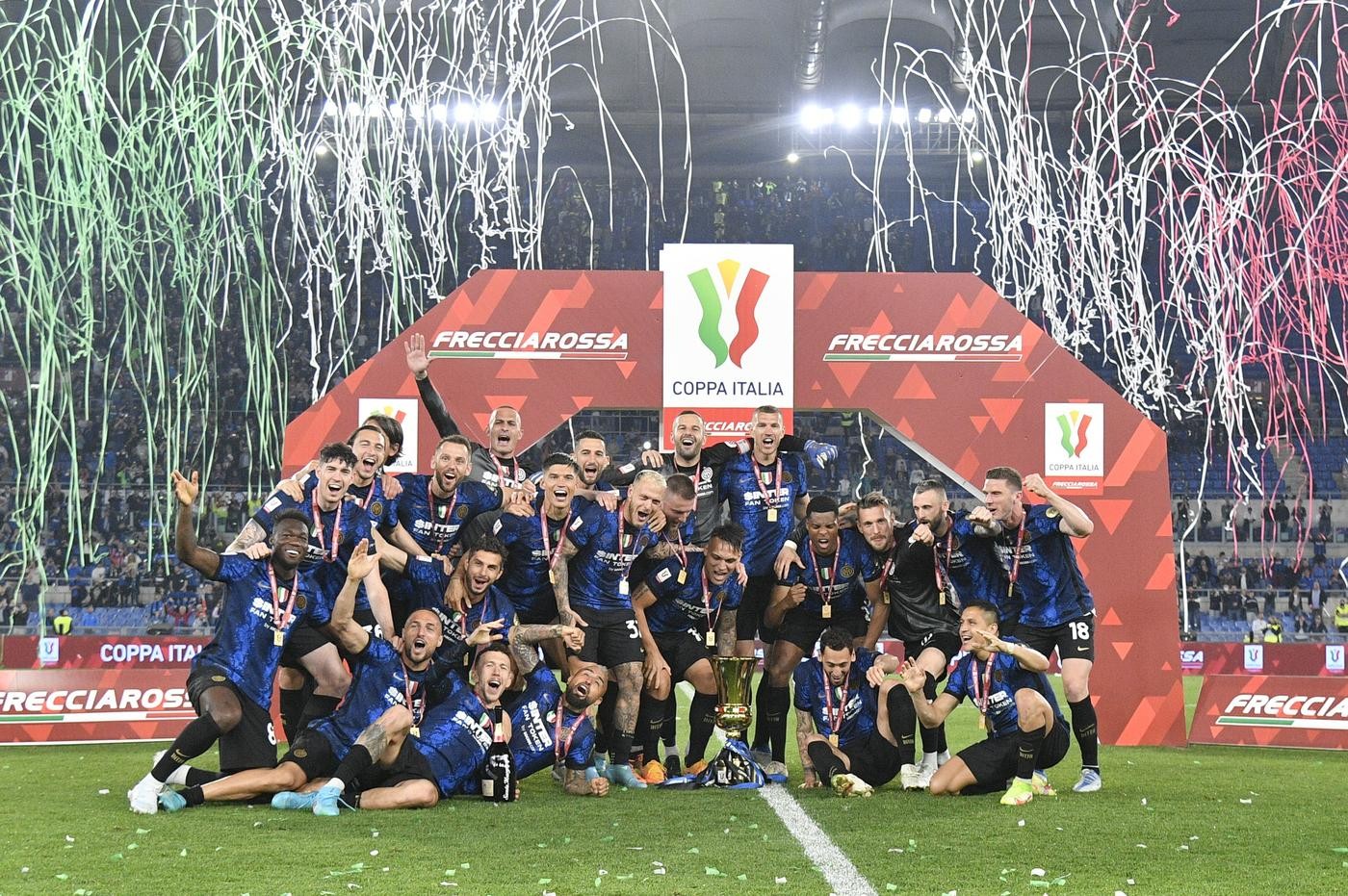 The joy of Inter on the pitch after captain Samir Handanovic raised the cup after the success in the Coppa Italia Frecciarossa Final, won by the nerazzurri for the eighth time in their history, at the end of the match at the Stadio Olimpico in Rome.

The lads of Mister Inzaghi were awarded by Lega Serie A President Lorenzo Casini and Luigi Corradi, CEO of Trenitalia.