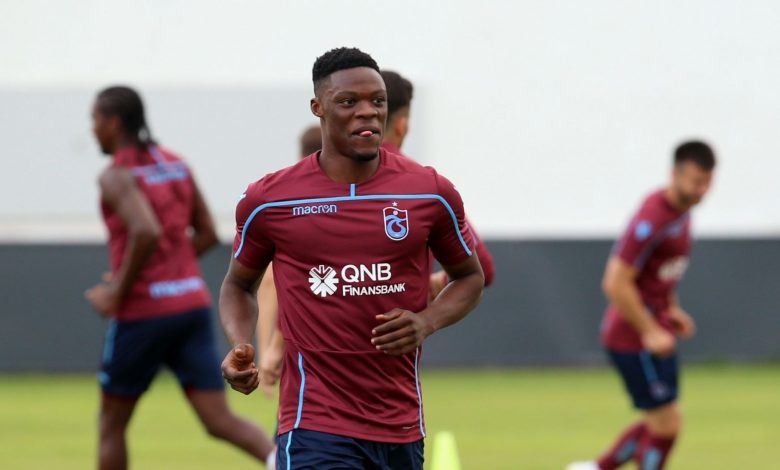 Celta Vigo and Lazio have emerged as the leading clubs for the signature of Ghana striker Caleb Ekuban, GHANAsoccernet.com can report.

The 26-year-old, who currently plays for Turkish side Trabzonspor, has emerged strongly on the radar of the two Spanish and Italia clubs respectively.

Celta Vigo boss Oscar Garcia Nunyent has identified the Ghana star as he looks to fortify his squad ahead of the new season.

Ekuban is seen as the perfect player who fits the bill to augment the effort of veteran Lago Aspas.

The former Leeds United striker, who is valued at 5 million Euros, is also being targeted by Scottish giants Rangers and Celtic.

The two clubs could be involved in a tug-of-war for the Italian-born Ghanaian if they bid for his services in the summer.

However, it remains highly unlikely as the Ghanaian is believed to happy at Trabzonspor.

His contract with Trabzonspor runs until 2022, and some estimates put his value at around €10million.

He has also been linked with English side Brighton and Serie A side Lazio.

Ekuban has also spent time with Chievo, being farmed out for loans in the Italian lower leagues and in Albania.