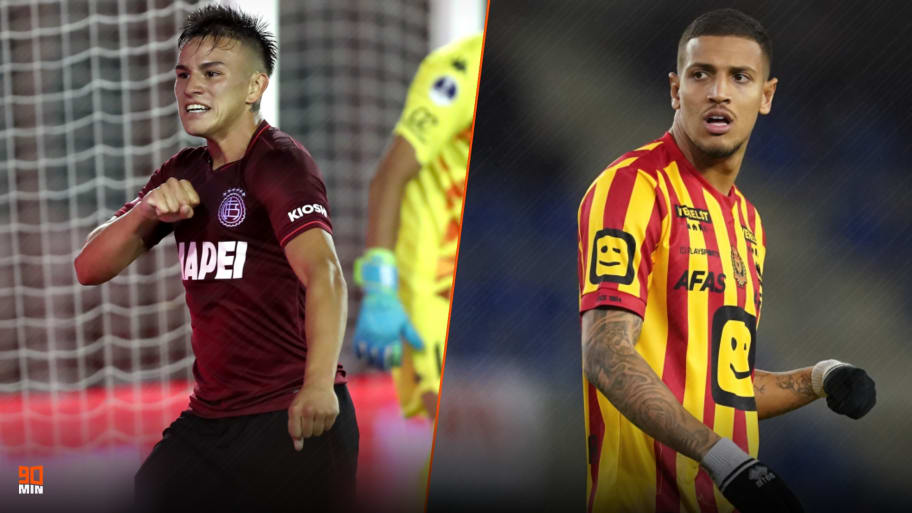 Celtic have agreed a deal to sign left-back Alexandro Bernabei from Argentine side Club Atletico Lanus, 90min understands, while they are also hoping to sign Brazilian midfielder Vinicius Souza on loan from Belgian club Lommel.

Bernabei, who only turns 22 in September, is highly rated in his own country and is capable of playing anywhere on the left flank, though primarily plays as a full-back.

90min understands that Bernabei will arrive in Glasgow for a medical ahead of a move to Celtic this weekend and will become their fourth signing of the summer.

Daizen Maeda and Cameron Carter-Vickers' loan moves were made permanent, while they have also won the race for Dundee United goalkeeper Benjamin Siegrist.

Meanwhile, Celtic are continuing talks with Lommel over the loan signing of 23-year-old Souza.

The midfielder left Flamengo to sign for the Belgian club aged 21 and spent last season out on loan at First Division A side Mechelen, helping them to an eighth placed finish.

Ange Postecoglou's side face stiff competition for Souza in the form of Dutch giants Ajax and PSV, while Turkish outfit Fenerbahce are also keen on him.