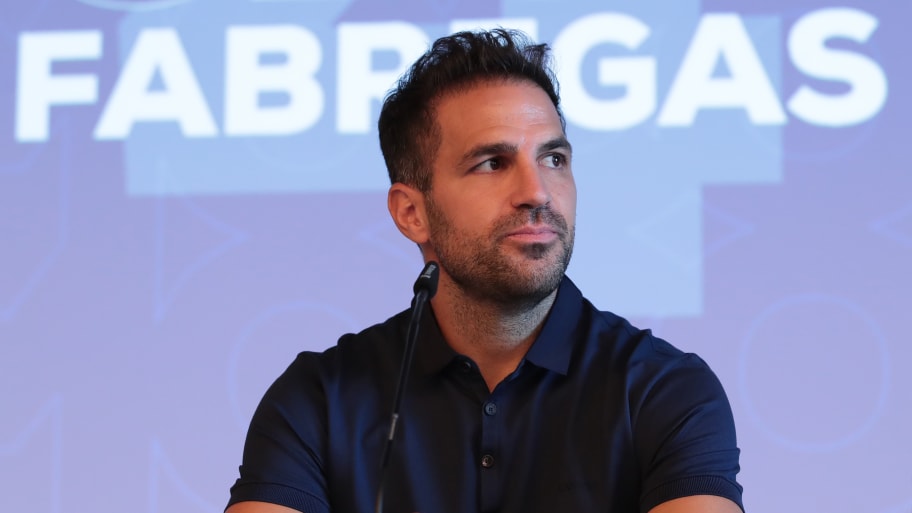 Cesc Fabregas has confessed that he spoke to both Barcelona and another of his former sides about signing Aurelien Tchouameni this summer before the Frenchman joined Real Madrid.

Fabregas played alongside Tchouameni at Monaco, watching the youngster emerge as one of the world's top midfielders over the past few seasons, with both departing since the end of last season.

The Spaniard, who came through the academy at Barcelona and also enjoyed spells with Arsenal and Chelsea, has since joined Italian Serie B side Como, taking on a part-ownership role as well as signing on as a player.

Alongside finding himself a new club, Fabregas admitted to COPE that he spent part of this summer talking up Tchouameni to a handful of his former employers.

"I spoke with people from Barça to sign him, he seemed like a great player for the future," Fabregas said. "I know Tchouameni very well, but he couldn't be signed financially.

"I gave my option to another of my former teams and in the end, he went to the 'enemy' club. You have to take advantage of market opportunities."

Chelsea are known to have been keen on Tchouameni in the past. The Blues declined to pursue his signature in 2021, instead bringing in Saul Niguez on a season-long loan, before their temporary transfer ban this summer left them unable to compete with Real to sign the 22-year-old.

Paris Saint-Germain were also keen but Tchouameni chose to seal a dream move to the Santiago Bernabeu, joining for a cool €100m.

This article was originally published on 90min as Cesc Fabregas admits trying to encourage Barcelona to sign Aurelien Tchouameni.