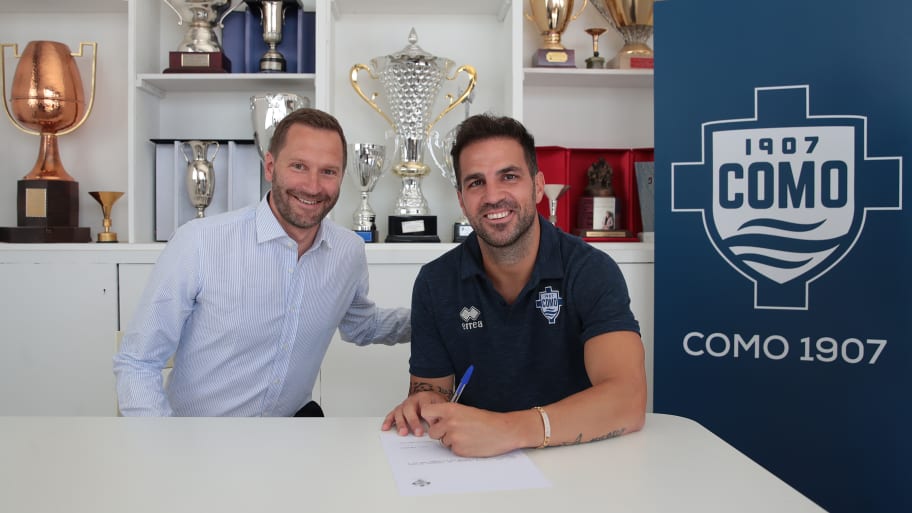 Former Spain midfielder Cesc Fabregas has joined Serie B side Como on a free transfer from Monaco.

The ex-Arsenal, Barcelona and Chelsea star was reportedly considering retirement after leaving the Ligue 1 outfit last month, but has chosen to carry on his playing career by signing a two-year deal with Como.

Speaking at his unveiling, Fabregas revealed that he was convinced on the move by club CEO and Chelsea legend Dennis Wise.

"I came here to play the best way and win as many games as possible. This is my priority, and if I felt that was no longer the case, I would hang up my boots," Fabregas began.

"I want to take Como where they deserve to be, in Serie A. I decided to come here for many reasons. I wanted a project that would give me enthusiasm, I was not interested in the money. Wise was the most convincing and I see a long-term future for this club.

"I think this is one of the most important challenges of my career."

Fabregas added that a move to Como was also "a better project than MLS offers" and opened up on a failed move to nearby Milan during his peak years.

"When I was 29 years old and at my peak, I had three years left on my contract with Chelsea and Milan wanted me. I knew that I could make [Antonio] Conte change his mind and I am very proud of taking that opportunity. Conte pushed me beyond my limits and I will always thank him for that," he added.


This article was originally published on 90min as Cesc Fabregas signs for Serie B side Como.