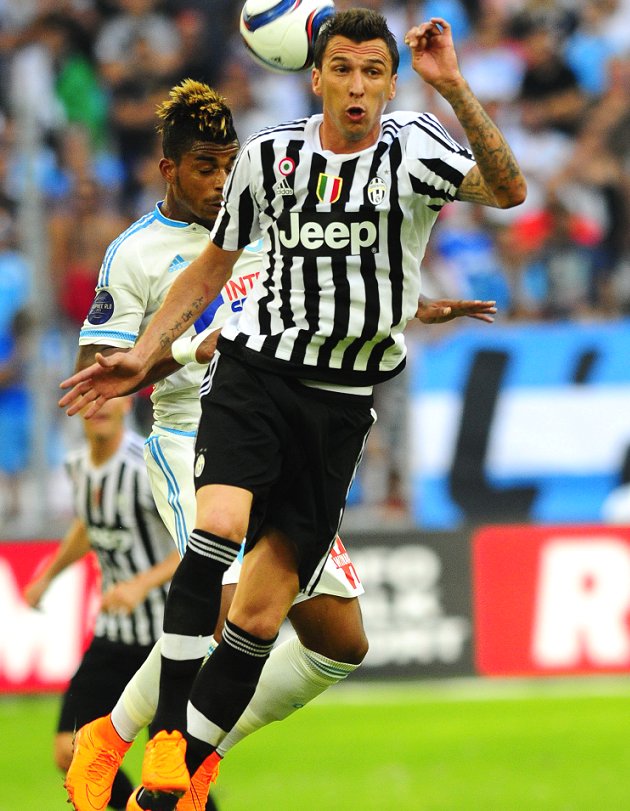 Juventus have moved to the top of Group D in the Champions League courtesy of a 1-0 goal win over Manchester City on Wednesday night.

The Bianconeri got the job done at home to edge ahead of City on the group standings with both teams assured qualification to the Round of 16.

The only goal of the contest came in the 18th minute when Mario Mandzukic shrugged off Nicolas Otamendi to side-foot home a lovely cross from Alex Sandro.

City had their chances namely when Fernandinho lashed over the bar from just outside the six-yard box before Fernando's header from a Kevin De Bruyne corner was kept out by Gianluigi Buffon with the ball bobbling onto the post and almost squirming past the Italian great.

Juventus also hit the woodwork when Alvaro Morata's chip was almost knocked in by Stefano Sturaro at the back post before Joe Hart produced a massive save with his foot to deny Morata.

Substitute Raheem Sterling had a fantastic chance to level it for City at the death but completely scuffed his attempt from close range with the goal agape.

In the end, however, Massimiliano Allegri's side got the points to move through to the next phase which could deny Manuel Pellegrini's City the opportunity to finish top of the group.