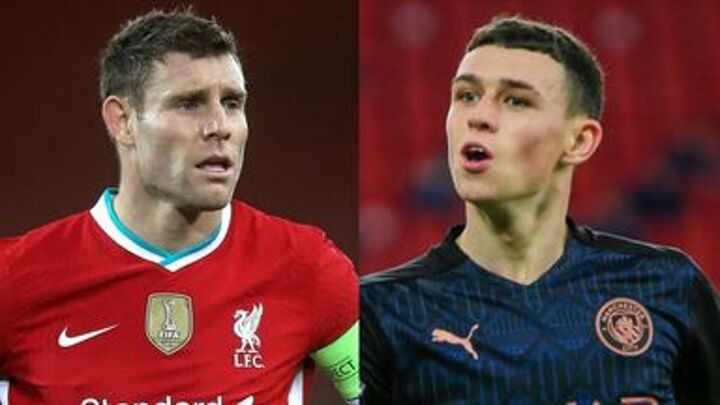 At a glance, it's job done for Man City. They've qualified for the last 16 of the Champions League for an eighth successive year with two games to play. Pep Guardiola's side have won every group game so far as well as their last 15 overall in the competition.

But a deeper look shows there are still flaws that need to be addressed. Let's start with the positives - Man City kept a third successive clean sheet in the Champions League for the first time since 1969-70 when competing in the Cup Winners' Cup (excluding qualifiers). Ruben Dias looked assured and even John Stones was calm when called upon.

Inexplicably, what Man City struggled to do was score. They had 22 shots, 50 per cent of which were on target, but only one goal. It was a well-taken goal by an impressive Phil Foden after a good team move, but that quick pass and final product was lacking in Athens.

Some of this can be attributed to a super performance from Olympiakos goalkeeper Jose Sa - particularly in the first half - and they were lacking their star power with Kevin De Bruyne rested and Sergio Aguero coming on as a late substitute.

Speaking about a lack of goals for his side despite their shot tally, Guardiola told BT Sport: "It will come. We would love to do more, we know it, but it will come and break everything."

But the whole point of having a big and expensively assembled squad like Man City's is that they can still perform and win games even when the best players are out. They did the latter but the performance was shaky at times and questions still remain as they focus their attentions on the Premier League.
Charlotte Marsh

This season is going to be a test for every team but those involved in European action must balance the need for rotation more than ever. On a night when Liverpool could have secured passage through to the knockout stages of the Champions League, the home defeat to Atalanta means there is work still to do to qualify for the last 16.

Jurgen Klopp's team have little to fear. Even if they do not win against Ajax next time out then they will expect to pick up the remaining points required in the final fixture against Midtjylland. But the problem is that he dare not risk fielding a weakened side against the Dutch champions now - and that means another high-stakes contest on Tuesday.

Liverpool's depth has been a feature of their season with Diogo Jota making a big difference in attack, while every one of the centre-back options has coped admirably to share the load in the absence of Virgil van Dijk and Joe Gomez.

This was a night that illustrated that the back-up options have limitations too. Robbed of the thrust of the first-choice full-backs and with Divock Origi struggling in attack, Liverpool looked relatively impotent.

It is just a pity that this scratch side could not get the job done because it now means more minutes in the legs of the key men as Klopp's side look to challenge in multiple competitions in this toughest of seasons.
Adam Bate

"I have nothing against the kid but why have we bought Van de Beek? He's watching the game in the stand every game because we don't need him. It's the truth but people will not say it aloud."

That was the view of Patrice Evra as Donny van De Beek sat unused on the bench during Manchester United's goalless draw with Chelsea at the end of last month.

The Dutchman is not the first nor will he be the last import needing time to adapt to the Premier League, but deploying him as part of a midfield two could be his role moving forward.

Alongside Fred, the £35m summer arrival oozed class on the ball, his awareness and simplicity being at the fore of United's enterprising opening 45 minutes that had them 3-0 ahead against Istanbul Basaksehir.

Completing 56 of his 69 passes while creating two chances, Van de Beek wasn't restricted to defensive duties. His first thought was always to play the ball forward, and this was him reminding onlookers of his qualities.

"Donny is getting used to how we want him to play. He can play in different positions," admitted the United boss afterwards.

This game will be remembered for Bruno Fernandes' cracking opener, but it could in time be seen as the moment Van de Beek kick-started his United career.
Ben Grounds

Chelsea are a classic example of how strength in depth within a squad can add extra motivation for players like Callum Hudson-Odoi, who has been criticised for his inconsistency in the past. Injuries have hindered his progress under Frank Lampard. A player of his talent should have started more than just eight league games since Lampard took the job.

Of course, it's easy to forget he's only just turned 20-years-old but when playing for a club like Chelsea, you have to learn quickly in terms of performing to a high-level on a weekly basis. Hudson-Odoi has given Lampard a selection headache after this performance where he took his goal with great class and skill and was unlucky not to grab a fantastic assist when Timo Werner blazed over early on.

Hudson-Odoi certainly has a knack for the European occasion. Since his first European appearance for Chelsea in October 2018, he has netted six goals in European competition, a haul bettered only by Giroud for the Blues in that time (12).

Lampard will be delighted to have such a selection headache ahead of the monster clash with Tottenham on Super Sunday, live on Sky Sports.