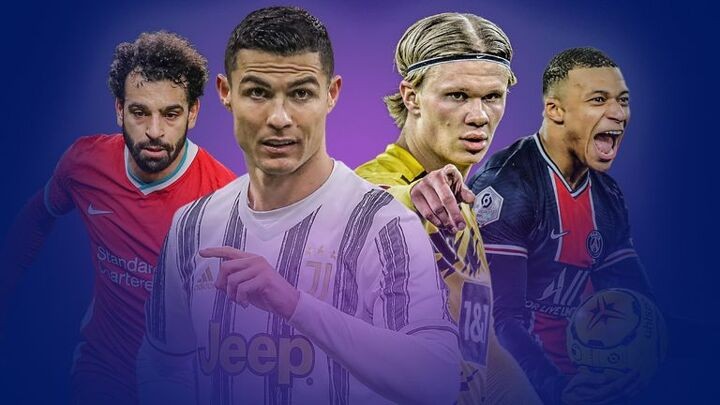 The Champions League last-16 second legs get under way this week with Liverpool, Barcelona and PSG in action, but who will make it to the quarter-finals?

Sevilla to be confirmed...

In a thrilling first-leg tie, Sevilla took the lead early through Suso Fernandez but Dortmund rallied with a goal by Mahmoud Dahoud and a Haaland double before half-time at the Ramon Sanchez-Pizjuan Stadium. Luuk de Jong scored Sevilla's late second goal to improve the Spanish team's chances in the return leg on Tuesday.

The win ended Sevilla's strong run and put Dortmund back on track after a series of poor results that had left coach Edin Terzic under pressure.

The defeat has sent Sevilla on a downward spiral, winning just once since against Osasuna in La Liga. They have lost successive games against Barcelona - one knocking them out of the Copa del Rey - before defeat to Elche on Saturday.

In comparison, Dortmund have won three games since their victory in Spain, but were beaten 4-2 by Bayern Munich in Der Klassiker at the weekend. Sevilla will also be concerned that Haaland has scored four more goals since the first leg.

Juventus captain Giorgio Chiellini and Paulo Dybala will miss Tuesday's match through injury, while Matthijs de Ligt's participation is also in doubt. Rodrigo Bentancur tested positive for COVID-19 late last week and will likely miss out while Danilo is suspended.

Porto are expected to be without Chancel Mbemba, while Ivan Marcano is also an injury doubt.

Mehdi Taremi gave Porto the lead after just 63 seconds when a defensive mix-up from Juventus gifted him an easy finish. Moussa Marega then netted 19 seconds into the second half.

But Federico Chiesa scored what could prove to be a vital away goal for Juventus in the 82nd minute, with Cristiano Ronaldo failing to make an impact. Tuesday's hosts will need him firing on all cylinders if they are to reach the Champions League quarter-finals for a fourth time in five seasons.

But Porto have proved hard to beat in recent away matches, losing just one of their last 15 games on the road. They have won both away games since the first leg, but have drawn and lost two at home, including a Portuguese Cup exit to Braga.

Liverpool broke a run of three straight defeats with their designated away victory at Budapest, where Wednesday's tie again takes place.

Jurgen Klopp's side hit their opponents with a quickfire double after half-time with Mohamed Salah (53) and Sadio Mane (58) punishing some inexplicable defending from the Bundesliga side.

The good news for Liverpool is that they have never been eliminated from a European Cup/Champions League knockout tie after winning away from home in the first leg. In addition, the last time they won both legs in the Round of 16 was back in 2008/09 against Real Madrid.

RB Leipzig could not have timed their Champions League round of 16 return leg any better. Leipzig's 3-0 win at Freiburg at the weekend was their sixth straight league victory, while Liverpool slumped to a club-record extending sixth consecutive home league defeat on Sunday, losing 1-0 to Fulham.

Liverpool have only beaten Premier League basement boys Sheffield United since their first-leg win, losing their three other games, with their two goals against the Blades the only match in which they have managed to score.

Lionel Messi gave Barca the lead from the penalty spot after Frenkie de Jong had his heels clipped by Layvin Kurzawa before Mbappe responded five minutes later for the visitors. After the break, Mbappe completed his hat-trick with Moise Kean netting PSG's third goal in between his team-mate's second-half strikes.

It leaves Barca requiring another considerable comeback heading into the second leg on Wednesday, four years on from the sides' memorable last-16 clash in which the La Liga outfit recovered from a 4-0 first-leg loss in France by winning the second 6-1 at the Nou Camp.

Barcelona are yet to concede a goal away from home in the Champions League this season (three games), but following defeats against Juventus and PSG in their last two games in the competition, face the prospect of losing three in a row in the European Cup/Champions League for the first time in the club's history.

Barcelona are unbeaten since their defeat at the Nou Camp. It was followed by a disappointing draw against Cadiz in La Liga, but they have won all four games since. This run also included a comeback in the Copa del Rey, eventually knocking out Sevilla.

PSG followed their superb Champions League victory with a 2-0 defeat to Monaco in Ligue 1, but have won and kept clean sheets in their last three games, scoring eight goals.