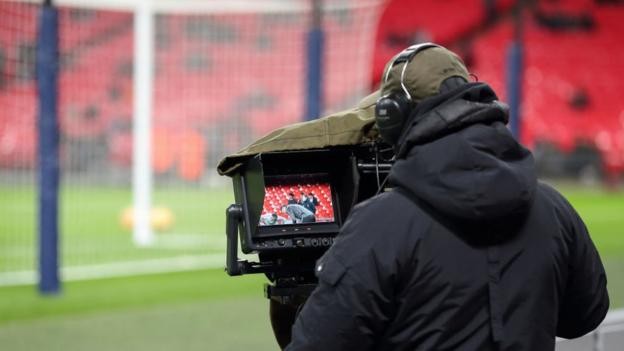 Championship clubs may still pursue a breakaway from the English Football League if their deep-seated grievances over the handling of a new TV deal are not immediately addressed.

Former Liverpool and Premier League chief executive Rick Parry was named chairman designate by the EFL on Thursday, with his appointment due to be ratified at a meeting of member clubs on 26 September.

The appointment of 64-year-old will be followed by a new chief executive to replace Shaun Harvey, who left his role at the end of last season.

After the recent turbulence of trying to manage the catastrophic financial situations at Bury and Bolton, EFL executive chair Debbie Jevans had hoped the installation of a new senior executive team would lead to a resetting of the relationship between the organisation and its biggest clubs.

However, it is understood Jevans has been told that is not the case.

Instead, BBC Sport has been told by several sources that a Premier League-style breakaway is possible, such is the strength of feeling over the £595m, five-year TV deal with Sky announced in November.

Whether such a strategy is realistic, given the Premier League has never shown any interest in forming a second tier, is debatable.

However, the mere fact the threat exists underlines the strength of feeling against the EFL.

What happened with the TV deal fallout?

Issues remain about both the manner in which the contract was agreed and the detail within it.

Championship clubs say they were not given any chance to discuss the deal and then, when they demanded Harvey delay an announcement confirming it, they were ignored.

Some clubs feel the five-year contract chronically undervalues the Championship as a product.

It has been claimed that - excluding Premier League matches involving the 'big six' - last season's fixture between Aston Villa and Leeds in December was the most watched domestic league match on Sky. Championship clubs were told the Sunday lunchtime game was watched by 1.25m.

In asking for a delay, the Championship clubs made it known they would be willing to honour financial obligations within the negotiated contract made to counterparts in League One and League Two, who, as a collective, hold the balance of power within the EFL.

They wanted the opportunity to explore other potential TV options.

However, someone with knowledge of how that contract was negotiated told the BBC that sanctioning such a delay was impossible because the outline agreement had been negotiated 12 months previously, at which point there were no alternative offers on the table.

With 25% of Championship clubs changing every year through promotion and relegation, it is felt the competition lacks the stability of the Premier League, putting it at a disadvantage when it comes to centralised negotiation.

Nevertheless, with Premier League clubs getting £3m each time they have a match on TV compared to £75,000 for second-tier clubs, the gulf between the top two leagues is enormous.

What other issues are there?

In the quest to increase revenue, one of the ideas the major clubs had was to live stream matches played outside the Saturday 14:45-17:15 blackout period on their own websites, with viewers expected to pay a subscription fee.

Although they understood, under the new deal, Sky was also free to show the same games on its red button service, the clubs felt there would be a significant difference in the number of cameras that could be used, making their broadcast more attractive.

Many clubs invested money to improve their own content, only to find Sky's interpretation of the deal differed to theirs. A source with knowledge of the contract told the BBC there was ambiguity within it, which left the EFL in no position to counter Sky's stance.

The clubs are annoyed with the EFL for this as they feel this will have a direct impact on the amount of subscribers they can reasonably expect to attract, reducing anticipated income significantly.

There is also an issue over the composition of the commercial committee that voted the TV deal through and whether four members of it were entitled to vote.

Once he is in place, it will be made clear to Parry these issues must be addressed immediately. If he fails to resolve them, a move as seismic as the one that led to the formation of the Premier League in 1992 will be back on the agenda.