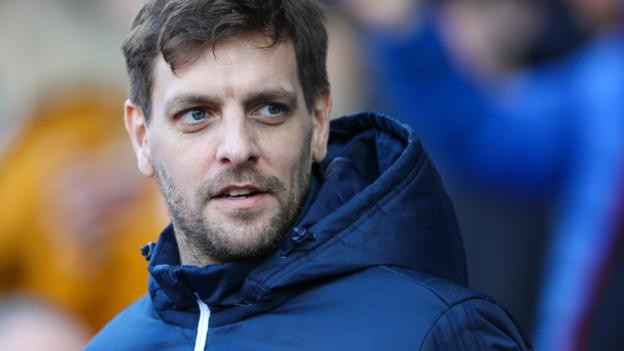 Slaven Bilic's first game as West Brom boss is against Nottingham Forest in Saturday's 17:30 kick-off, while Bristol City host Leeds on the Sunday.

But it is not yet certain whether Frank Lampard, whose side were beaten by Aston Villa at Wembley, will still be in charge of the Rams for that opening game.

The former Chelsea midfielder is the favourite to replace Maurizio Sarri as Blues boss after the Italian left Stamford Bridge to take charge of Juventus.

Chelsea have yet to approach Derby, with the Championship side opening talks with Lampard over a new contract.

Relegated Premier League clubs Cardiff City and Fulham, who appointed Scott Parker as manager on a full-time basis in May, face opening-day trips to Wigan Athletic and Barnsley respectively.

Birmingham City, who sacked boss Garry Monk on Tuesday, travel to Brentford, with League One side Coventry City groundsharing at St Andrew's next season.

The first weekend of the EFL season always throws up numerous eye-catching stories and sub-plots - and the 2019-20 season will be no different.

Eight Championship sides will be led out by new managers, including Woodgate at Middlesbrough and Graeme Jones at Luton Town on the opening night of the campaign.

Mark Warburton's first game as Queens Park Rangers boss is at Stoke City, while Steve Cooper takes charge of Swansea City for the first time against Hull City, who have yet to appoint a successor to Nigel Adkins.

Charlton Athletic, who travel to Blackburn Rovers, had looked likely to join the band of second-tier clubs with new managers earlier this week.

The newly promoted Addicks announced on Monday that contract talks with Lee Bowyer had stalled, only for a dramatic turnaround when the former Leeds midfielder signed a new contract the following day.

One of the other standout fixtures of the opening weekend will be at Ashton Gate, where Marcelo Bielsa's beaten play-off semi-finalists Leeds meet fellow promotion hopefuls Bristol City, whose head coach Lee Johnson has promised a "bold" summer transfer window.

The south Wales derby will make a return in 2019-20, with Cardiff set to face Swansea for the first time in five years when they play at the Liberty Stadium on 26 October.

On the same day, QPR host Brentford in one of several London derbies, a game stoked by the fact former Bees boss Warburton is now in charge of Rangers.

Stoke manager Nathan Jones will come up against his former side Luton for the first time on 10 December, with the Welshman's first trip back to Kenilworth Road set for 29 February.

Leeds and Derby, who famously clashed over the 'Spygate' saga before then meeting in the play-offs, face one another on 21 September.