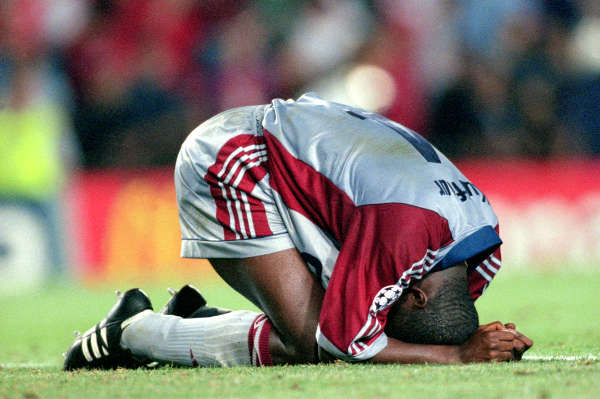 Sammy Kuffour says the1999 Champions League loss to Manchester United hurts more than his horrible mistake against Italy while playing for Ghana at the 2006 World Cup.

Kuffour, 35, who is now retired, broke many Ghanaian hearts when his intended back pass failed to reach goalkeeper Richard Kingson and rather fell kindly for striker Vincenzo Iaquinta who made it 2-0 for the Azzurris in the Black Starsâ€™ maiden World Cup game in Germany.

The mistake was even more costly since it came very late in the game and during a stage when Ghana was well on top and looked likely to snatch a famous equalizer.

â€œFor me I think the loss to Manchester United in 1999 was more painful,â€ he said.

â€œWith two minutes to go and Ferguson even admitting it was all over, they came back to win the game and that really hurt me.

â€œAs for mistakes, everyone makes it; it is part of football so I wasnâ€™t really bothered by it in the game against Italy at the 2006 World Cup.â€

Kuffour never played again in that competition as then Ghana coach Ratomir Dujkovic deemed him psychologically unstable and his place thereafter was taken by Shilla Illiasu.