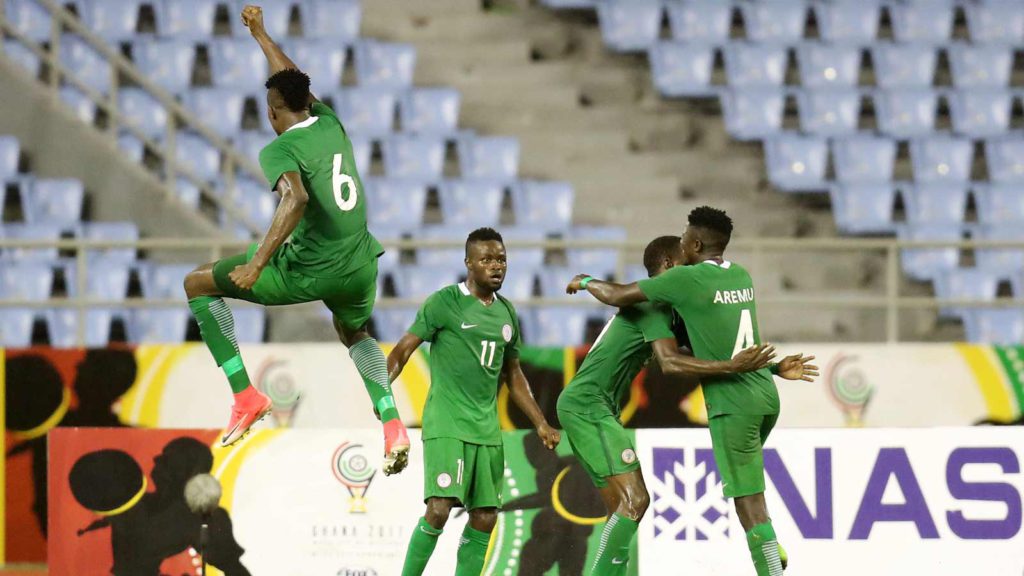 While Ghanaian soccer fans are divided over calls that the nation should bid for the hosting rights of the 2018 CHAN, Nigeria soccer fans appear certain that they have the wherewithal to host the event.

Soccer fans in the Kwara State town of Omu-Aran on Monday called on the Federal Government to bid for the hosting of the 2018 African Nations Championship (CHAN).

Their call came at the back of the Executive Committee of CAF to strip off the hosting rights from Kenya who were supposed to host the competition next year.

The fans believe the move by Nigeria, if made, would enhance the development of its sports facilities in the West Africa country.

According Nigerian media, the Omu Aran fans are of the belief that Nigeria has what it takes to host such an event successfully.

Zakariyau Bello, the Chairman of Football Supporters Club, Omu-Aran Chapter, said the hosting of the 2018 CHAN would enhance the country’s preparedness and performance at the 2018 World Cup.

“Nigeria has always been tipped by sports analysts and the world football governing body, FIFA, as one of the African countries with the potential to win the FIFA World Cup in future.

“That assertion to me is a great challenge to the Nigeria Football Federation (NFF), and it should be handled with all seriousness.

“The journey to attain such feat depends much on our active participation in football activities, including the bidding for and the winning of the 2018 CHAN hosting right,’’ he said.

Yemi Aransiola, the Director of Oyeyemi Sports Academy in Omu-Aran, said hosting the next CHAN by Nigeria would help to promote unity and harmonious relationship among the citizenry.

He said football is globally well-known to be a unifying factor, irrespective of ethnic, religion, cultural or political affiliation.

“Recent developments in the country as regards hate speech, agitation and the rest remain a source of concern to patriotic Nigerians.

“Not minding the cost, hosting an event of such magnitude will not only help to transform the game but will bring us together as one indivisible entity,” Aransiola said.

Festus Nwosu, a sports promoter, called for the sustenance of the country’s football exploits, especially in Africa.

“It has been a very long time we played host to African teams in football. Hosting the 2018 CHAN will not be a bad idea,” he said.

CAF member-countries wishing to replace Kenya have until Oct. 1 to submit bids.