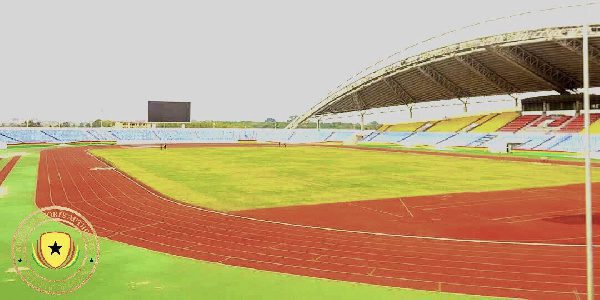 The Confederation of African Football (CAF) has been given temporal approval to the Cape Coast stadium for Ghana's CHAN 2023 qualification campaign.

This follows the stadium assessment and inspection process conducted by CAF after a formal notification by the Ghana Football Association a couple of weeks ago.

This was confirmed in a circular released by CAF to various Football Associations or Federations on Friday, June 17, 2022.

The stadium will be further evaluated on Match Days through the CAF Match Command Center (MCC).

The Black Stars B will be hosting their Benin counterparts at the Cape Coast stadium in the 1st Leg of the Preliminary Round on Sunday, July 24, 2022.

The 2nd Leg of this tie will take place a week later at the Stade de l'Amitié General Mathieu Kerekou in Cotonou, Benin.

The winner will advance to the next round where they will face Nigeria which the 1st Leg and 2nd Leg matches scheduled to take place in August and September respectively.