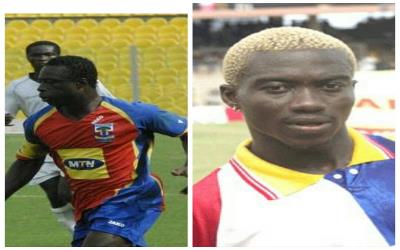 Former Ghana Premier League icon Charles Taylor has twisted the knife into his former teammate Bernard Dong Bortey for touting himself as 'The Best Ever (TBE)'.

There has been a hot debate on social media as which of the two former Hearts of Oak players was the best during his active career.

Bortey recently delivered a verdict on the matter by extolling his qualities as the finest.

Taylor, who later made a controversial move to Asante Kotoko, pour cold water on Bortey's boast.

"We are in a democratic era so everyone has the right to brag and It's foolishness to praise yourself," Taylor told Atinka FM.

"Only low minded persons will praise or boast of what they have. I have commended Bortey on several occasions of being a good talent, but now everybody knows how to play football and they all have their own style.