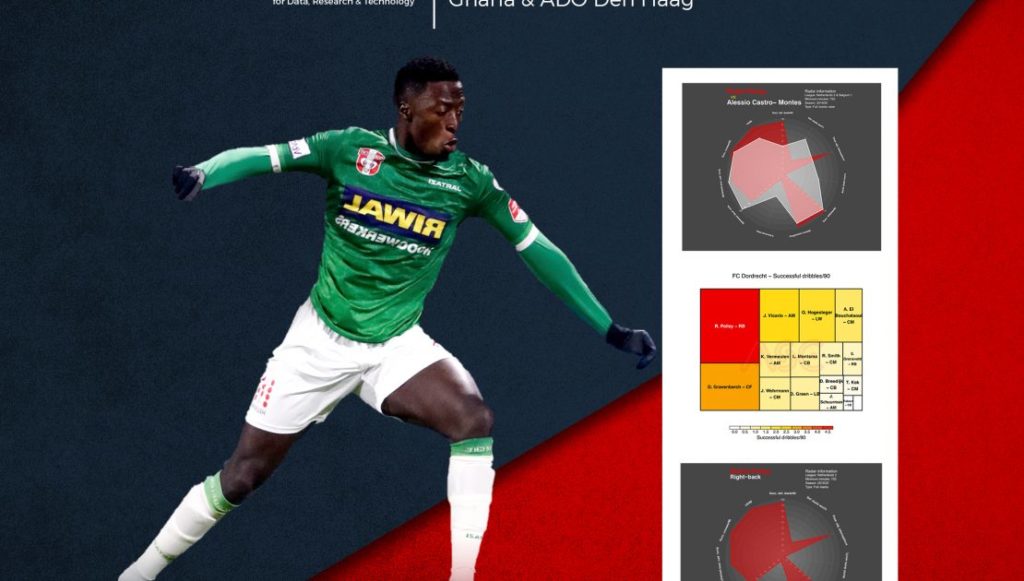 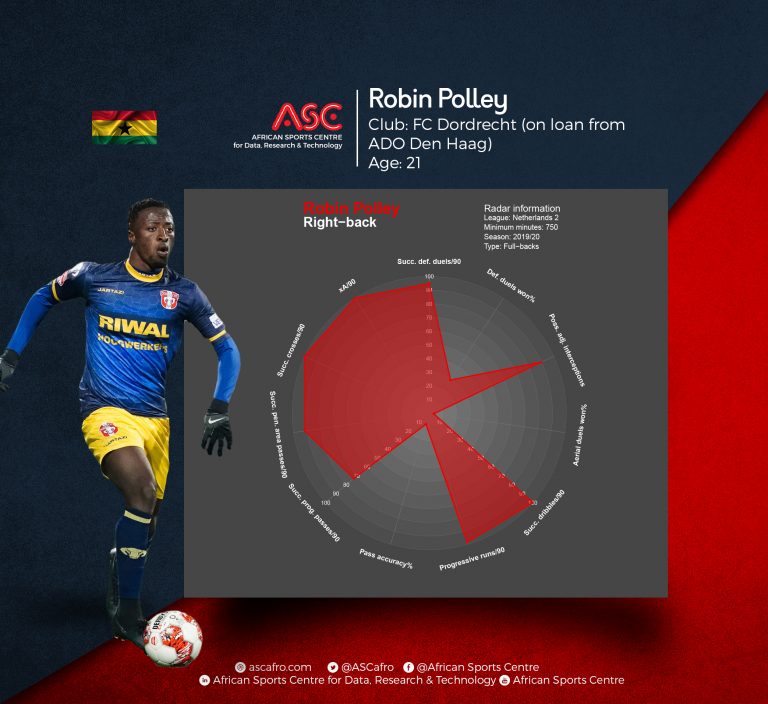 ADO Den Haag’s Robin Polley is a young right-back with impressive attacking qualities. The young Ghanaian is an accomplished dribbler, while also possessing creative intent and desirable physical attributes that translate to formidable statistical output in the attacking third. While the defensive side of his game needs work, unsurprising for a player who has spent most of his career as a winger, Polley is another representative of a growing class of young wingers becoming promising, attacking full-backs. As the game continues to develop, such players will become increasingly valuable.

The preeminent area of Polley’s game is his dribbling ability. He was a winger throughout his youth career and is currently in just his second full season as a full-back. This experience has translated to his threat on the ball.

He possesses quick feet and accomplished close control, which he combines with impressive short-area quickness, speed and balance. Polley often uses body feints to manipulate the positioning of the closest defender and the young Ghanaian has the ability to beat multiple players in a small area, giving him real value in the attacking third in particular. 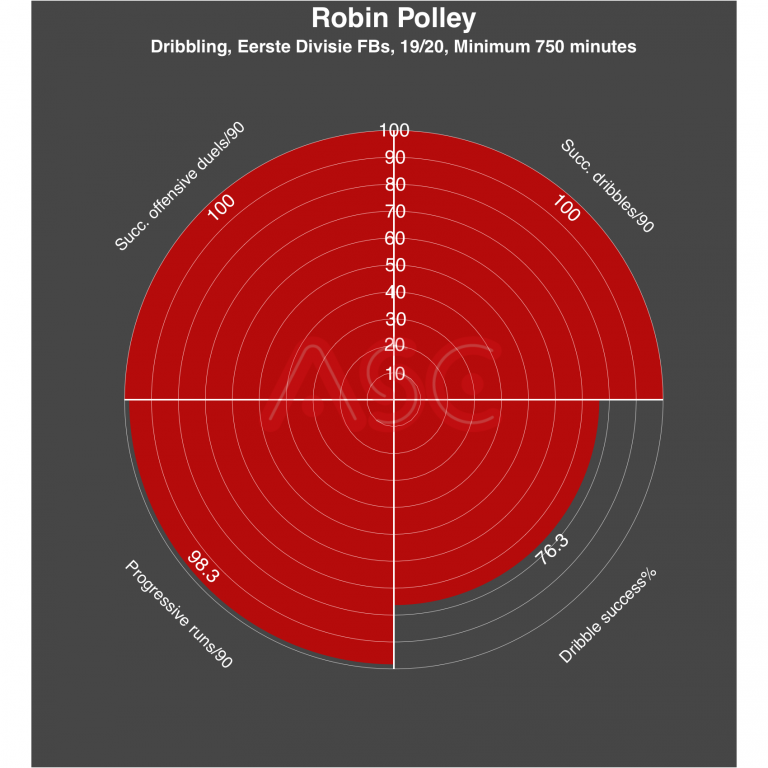 He is statistically remarkable amongst his peers at full-back in the Eerste Divisie. The young full-back returns the best numbers amongst full-backs for successful offensive duels/90 and successful dribbles/90 as well as operating in the 98th percentile for progressive runs/90. The final stat is particularly useful in highlighting Polley’s ability to move the ball effectively upfield as a dribbler.

Furthermore, he is not just a volume dribbler, with a dribble success percentage in the 76th percentile, which is particularly notable given his staggering volume of dribbles. Amongst other full-backs in the top twenty for dribble success percentage, Polley has by far the highest volume of dribbles, with 7.48 attempts per 90 minutes (the average is just 2.56 attempts). His success rate is indicative of his quality on the ball along with his decision making.

At times, he can overplay, which should improve with further experience. When he beats one or two players he needs to release the ball more quickly, especially in the final third. This enables his team to exploit the overloads that he created with his initial penetration.

Polley’s history as a winger has also ensured he is well-equipped as a creative force. Additionally, he has also shown himself to be a proficient ball progressor from the deeper areas he now occupies as a full-back.

The young Ghanaian possesses notable progressive and creative intent. He shows a willingness to move the ball quickly with one or two touches, to locate options between the lines and in the penalty area, and to cross into the penalty area from both deeper areas and the byline. His crossing targets dangerous areas and it is likely that were teammates getting into the penalty area in higher volumes, this area of Polley’s game would produce more actions ending in goals.

Nevertheless, he certainly stands to improve his delivery as a crosser. His delivery can make it challenging for his teammates to attack the ball effectively, as it can lack pace and/or accuracy. Additionally, the execution of his passing is occasionally poor, normally when he connects poorly with the ball. Both areas of his game would likely improve with an emphasis on consistent ball striking. Furthermore, he needs to beat the first man more often.

Continue the rest of the article in the link below: