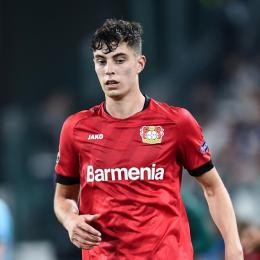 According to Daily Express, Chelsea management, which have already tied the knot with both Hakim Ziyech and Timo Werner, as well as being close to fetch Ben Chilwell from Leicester City, are determined to bring in also German international attacking midfielder Kai Havertz (21). In case Bayer Leverkusen don't back off from their 3-digit cash demand over the 1999-born, Blues are allegedly planning to cover the trade by signing away up to six players, including both resident left-backs Marcos Alonso and Emerson Palmieri.