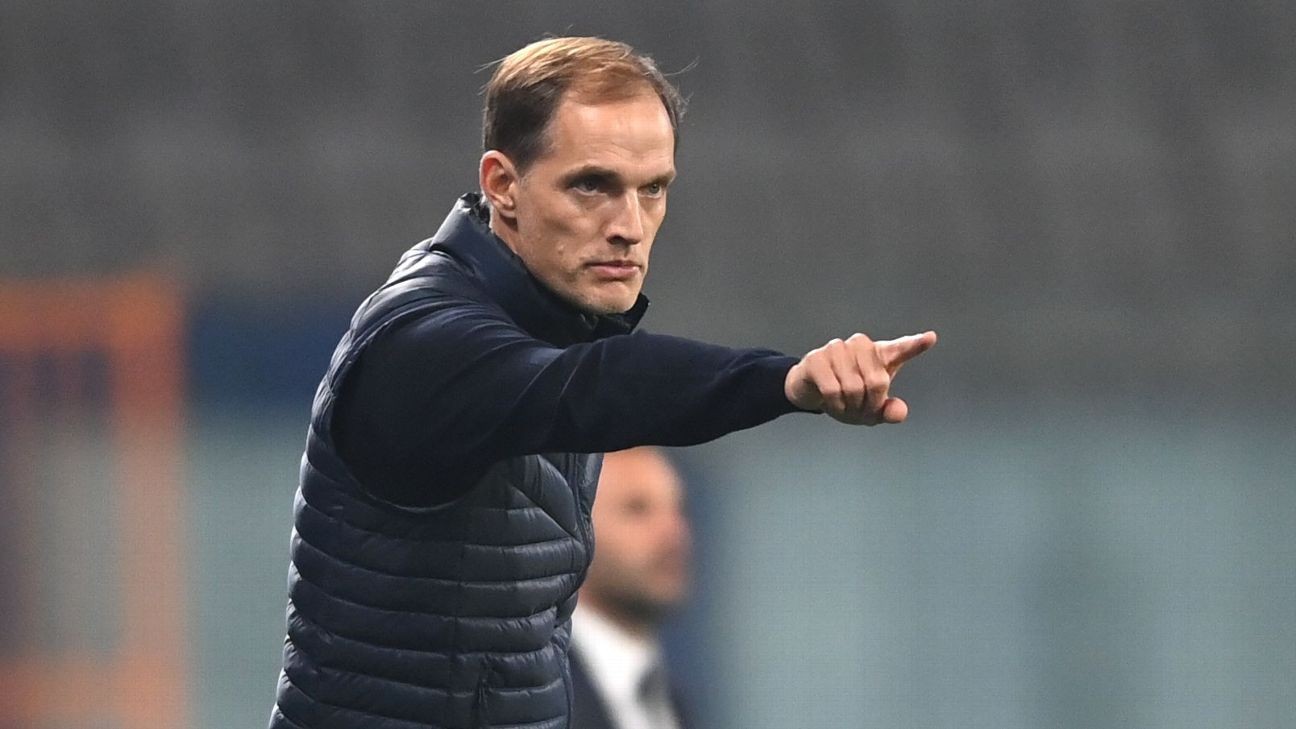 Chelsea have announced the appointment of Thomas Tuchel as the club's new manager on an 18-month contract.

Sources told ESPN that Tuchel would replace Frank Lampard who was sacked on Monday after a 19-month spell at Stamford Bridge.

- Chelsea turn from Lampard to Tuchel
- How does Lampard compare to previous Chelsea managers?
- Laurens: What went wrong for Tuchel at PSG?
- Stream ESPN FC Daily on ESPN+ (U.S. only)

"I would like to thank Chelsea FC for their confidence in me and my staff," Tuchel said.

"We all have the greatest respect for Frank Lampard's work and the legacy he created at Chelsea. At the same time, I cannot wait to meet my new team and compete in the most exciting league in football. I am grateful to now be part of the Chelsea family -- it feels amazing!"

Lampard paid the price after a poor run of results saw the club drop from first place in the Premier League table to ninth in the space of a month.

Tuchel has been out of work since he was sacked by French champions Paris Saint-Germain in December and replaced by former Tottenham Hotspur boss Mauricio Pochettino.

During his spell in Paris, Tuchel won the Ligue 1 title in his first season before claiming a domestic Treble in his second as well as reaching the club's first ever Champions League final.

"It is never easy to change head coach in the middle of the season but we are very happy to secure one of Europe's best coaches in Thomas Tuchel," Chelsea director Marina Granovskaia said. "There is still much to play for and much to achieve, this season and beyond. We welcome Thomas to the club."

Tuchel will be in the dugout as Chelsea return to league action when they host Wolves on Wednesday.