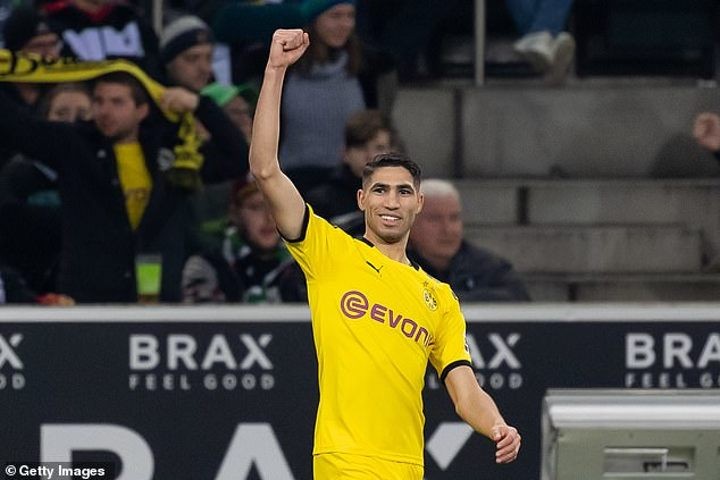 Chelsea, Arsenal and Spurs have joined a queue of seven teams who want to snap up Real Madrid defender Achraf Hakimi in the summer, according to reports.

Hakimi has developed into one of the most coveted full-backs in Europe after spending the last two seasons on loan at Borussia Dortmund from the Santiago Bernabeu side.

Real are keen to keep hold of him and Zinedine Zidane will have talks with him at the end of the season about staying.

But according to Spanish newspaper Mundo Deportivo, Hakimi is not keen to be backup to Dani Carvajal and will want to move on if that is the situation.

Borussia Dortmund are keen to sign him permanently, and Real are interested in their star striker Erling Haaland – with a swap on the cards given the financial situation in post-coronavirus football.

They are not alone in coveting the 21-year-old defender, though.

PSG, Juventus and Bayern Munich all view him as a possible addition for the upcoming transfer window.

And the London Premier League trio are also keen on a move if Real make him available in the summer.

Hakimi has played 46 Bundesliga games over the last two seasons since joining Dortmund.