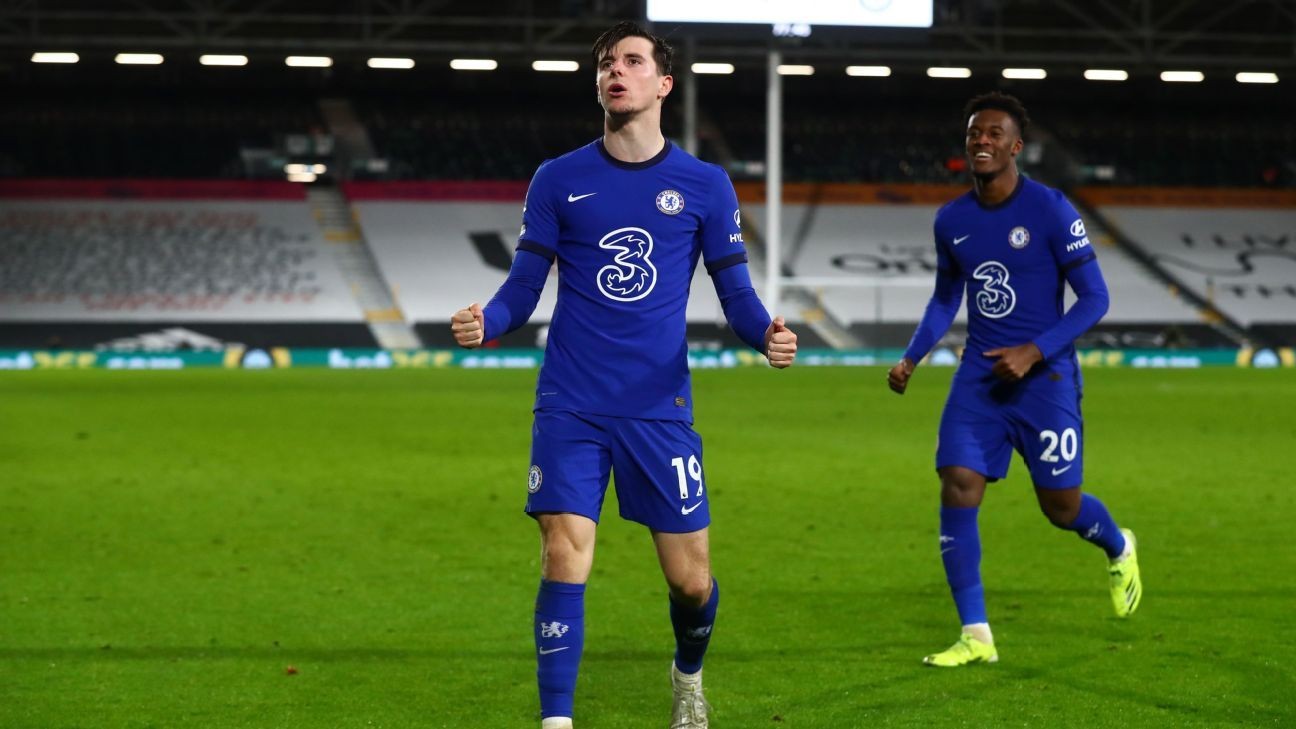 Chelsea struggled to a 1-0 win against 10-man Fulham on Saturday who held on well until late in the second half following the sending off of USMNT defender Antonee Robinson.

Mason Mount scored Chelsea's only goal of the game after 78 minutes of sustained pressure from Frank Lampard's side.

Robinson was sent off for a lunging tackle on Cesar Azpilicueta right before half-time, making him the eighth ever U.S. international to receive a red card in the Premier League.

It was an uneventful first half up until Robinson was sent off with Mount coming the closest to scoring when he hit the crossbar on 24 minutes.

Despite Chelsea's dominance in possession, they struggled to create chances as Fulham pulled every player into defence.

Tammy Abraham came on for Jorginho after 65 minutes and made an immediate impact with his first touch an attack on goal that Alphone Areola managed to gather.

It was Mount who managed to break the deadlock after Ben Chilwell's shot was deflected right into his path.

"It was a massive game for us. We know the run we have been through," Mount said after the game.

"It has been tough. We have had to dig deep as a team.

"We all knew that we needed a win, we put that pressure on ourselves. There is definitely pressure on us to perform.

"We stayed patient. We tried to play. Them having a man sent off helped us as well."

The win takes Chelsea up to seventh place and three points off the top four while Fulham struggle in 18th.