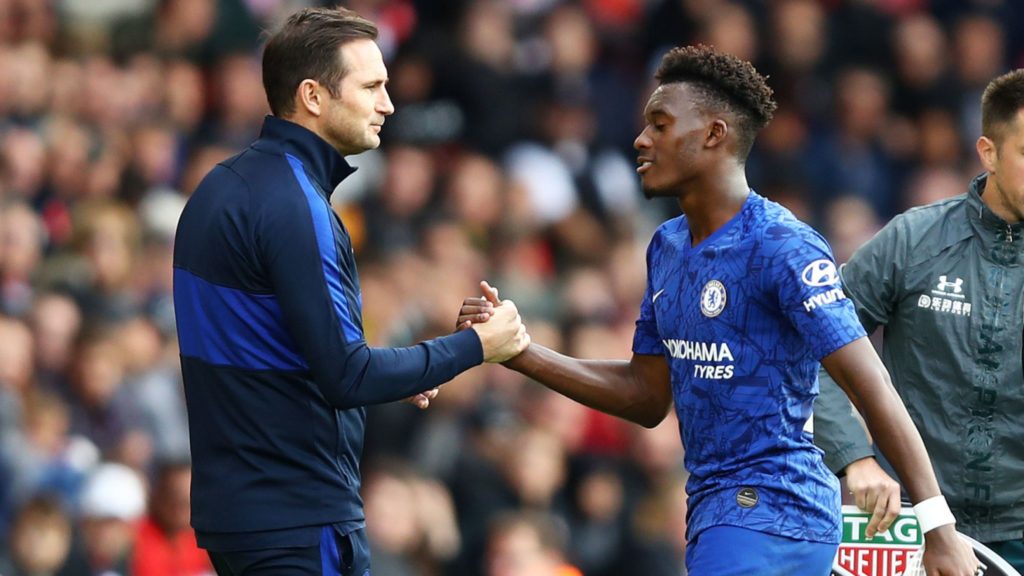 Chelsea coach Frank Lampard has jumped to the defence of attacker Callum Hudson-Odoi following criticism from all quarters.

The 19-year-old has been underwhelming since returning to the team this season following a long injury layoff.

He has featured in 12 Premier League games but has failed to impress fans in those games, leaving him exposed to critics.

“He’s come off the back of a big injury and there’s certainly a period where we have to stick with him through that," Lampard said.

“He’s very young. There was a lot of talk last year about a contract and would he or wouldn’t he (sign it) and now he has.

“He’s in a period now where he needs to get his head down and work – and he knows that – to show what he can be for this club. It’s down to him now.

“I showed the faith in him by playing him today and I’ll continue to do that. We have to go with him a little bit.

“I saw an effort and a desire that I’ve seen in training these last couple of weeks.”