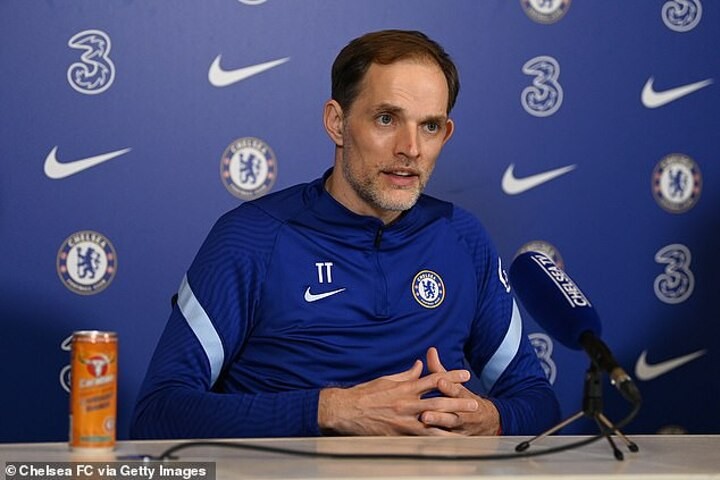 Thomas Tuchel has insisted his team can win the Premier League next season, despite the huge points deficits between themselves and the champions since they last lifted the trophy in 2017.

Chelsea have finished 30, 26 and 33 points adrift of the title winners in the last three seasons and trail leaders Manchester City by 21 points this campaign.

But Tuchel, whose side face Liverpool at Anfield on Thursday evening, said he would not allow that to be an excuse.

‘We should not limit ourselves. We should not prepare for excuses,’ he said. ‘It shows how big the gap was — and is. But maybe it is good to look at the reality.

‘You can only push yourself to the limit if you don’t accept the idea of defeat from the beginning.

‘Will we close the gap to Man City this season? No, we will not. But next season we will start with zero points, all of us.

Man City were in trouble this season and nobody took advantage. It’s proven in sport that you can do extraordinary steps and grow if you catch the momentum.’