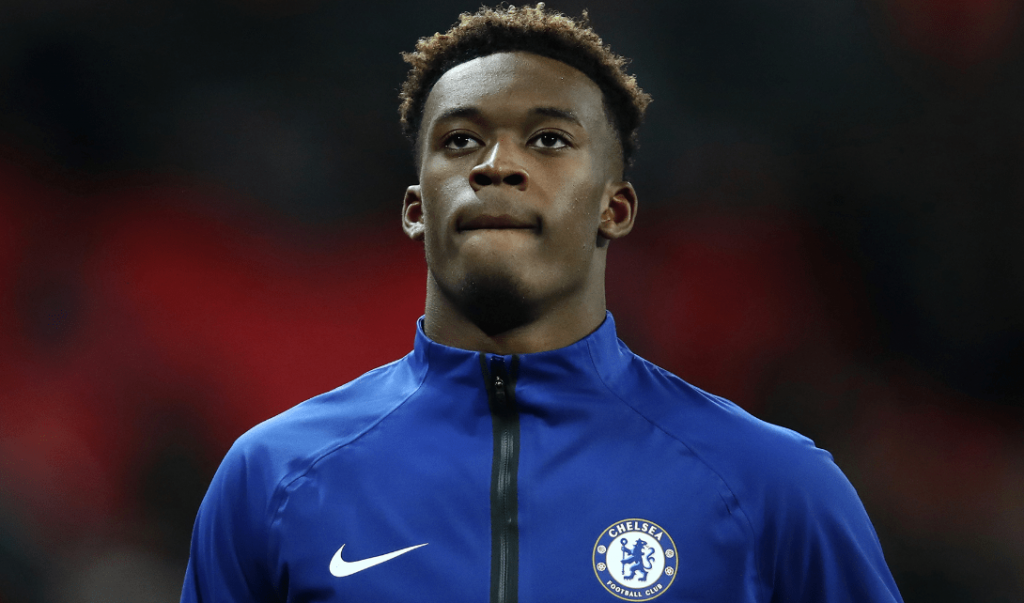 Chelsea boss Maurizio Sarri is facing further scrutiny from the Blues hierarchy over his handling of starlet Callum Hudson-Odoi.

The Blues 6-0 hammering at Manchester City has increased the pressure on Stamford Bridge boss Sarri.

And there is added concern and unhappiness from above that the Italian manager’s treatment of teenage winger Hudson-Odoi doesn’t tally with the message from the club.

Chelsea rejected Hudson-Odoi’s transfer request last month in the hope Sarri would give him enough game time to convince him to stay long term, with his current contract up in 2020.

Amid huge interest from Bayern Munich in the 18-year-old, the Blues launched a charm offensive during January – both playing him more and Sarri and his No.2 Gianfranco Zola among those praising Hudson-Odoi - in a bid to persuade him his future lay at Stamford Bridge.

But his game time has dried up since Chelsea chiefs dug their heels in and told Bayern, who bid four times last month, once and for all that he would not be leaving in January.

He was left out of the squad for the 4-0 defeat at Bournemouth, played only the last 13 minutes of the 5-0 win against Huddersfield as a late sub and was omitted from Sarri’s squad again for Sunday’s humiliation at The Etihad.

Hudson-Odoi was ill at the start of last week, as Sarri reported ahead of the City trip, but he trained for the rest of the week.

Sarri then took Hudson-Odoi to Manchester but he failed to make the 18-man squad and was forced to watch the City defeat from the stands.

After making their stance clear last month, Chelsea and Hudson-Odoi were set to reassess the situation in the summer.

But even if his situation doesn’t improve, Mirror Sport understands a departure for Hudson-Odoi is far from a certainty.

His chances of leaving are likely to be connected to Eden Hazard’s future with the Blues determined not to lose both wingers this summer.

Hazard is a major target for Real Madrid and Chelsea are prepared to hold on to Hudson-Odoi until the end of his contract if the Belgian leaves.