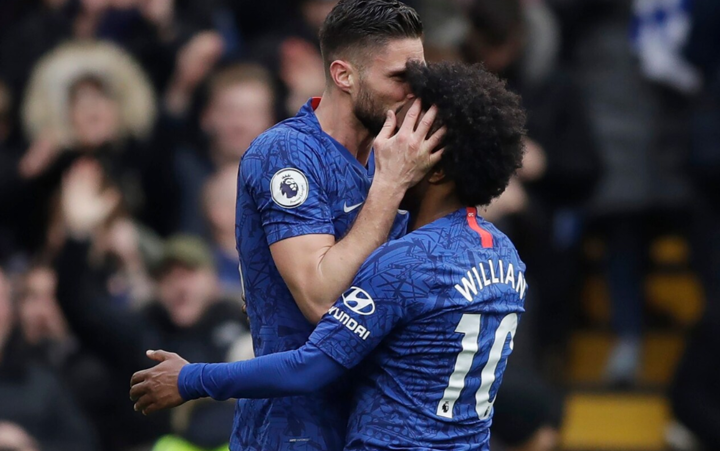 Chelsea have put player contract talks on hold as the club wait to find out what will happen if the coronavirus crisis forces the season to go beyond June 30.

The Blues have four players - Willian, Giroud, Pedro and Caballero - approaching the expiry of their current deals. And they also want to secure top scorer Abraham to a new contract with two more years remaining of his current deal after this season.

Contrary to reports, Abraham has not demanded £180,000-a-week salary or asked to be made the highest earner at the club. Abraham had been concentrating on trying to regain full fitness before Chelsea players were sent into isolation after Hudson-Odoi became the first Premier League player to test positive for coronavirus.

And with the League season now suspended until April 30 at the earliest, Abraham and the rest of the Chelsea squad are training at home and following Government guidelines on social distancing.

Clubs expect to be allowed to hand players temporary contracts or pay them on a weekly basis if the season runs past June 30, when deals expire. That would mean Willian, Giroud, Pedro and Caballero would be able to at least see out the current campaign with Chelsea.

Willian had turned down a two-year extension before the coronavirus outbreak, with the club refusing to bow to his demands of another three-year deal. Negotiations had already been placed on hold and they will not be picked up now the forward has been allowed to return to Brazil to be with his wife and daughters. Chelsea have no guarantees that Willian will even be able to return to England in time for the restart of the season, whenever that may be.

Giroud had indicated he may be open to signing another one-year extension after being given a run in the team while Abraham was injured.

But no decisions on the Frenchman are likely to be taken before the season resumption date is cleare. Cabellero is in a similar situation, while Pedro is expected to leave Stamford Bridge.