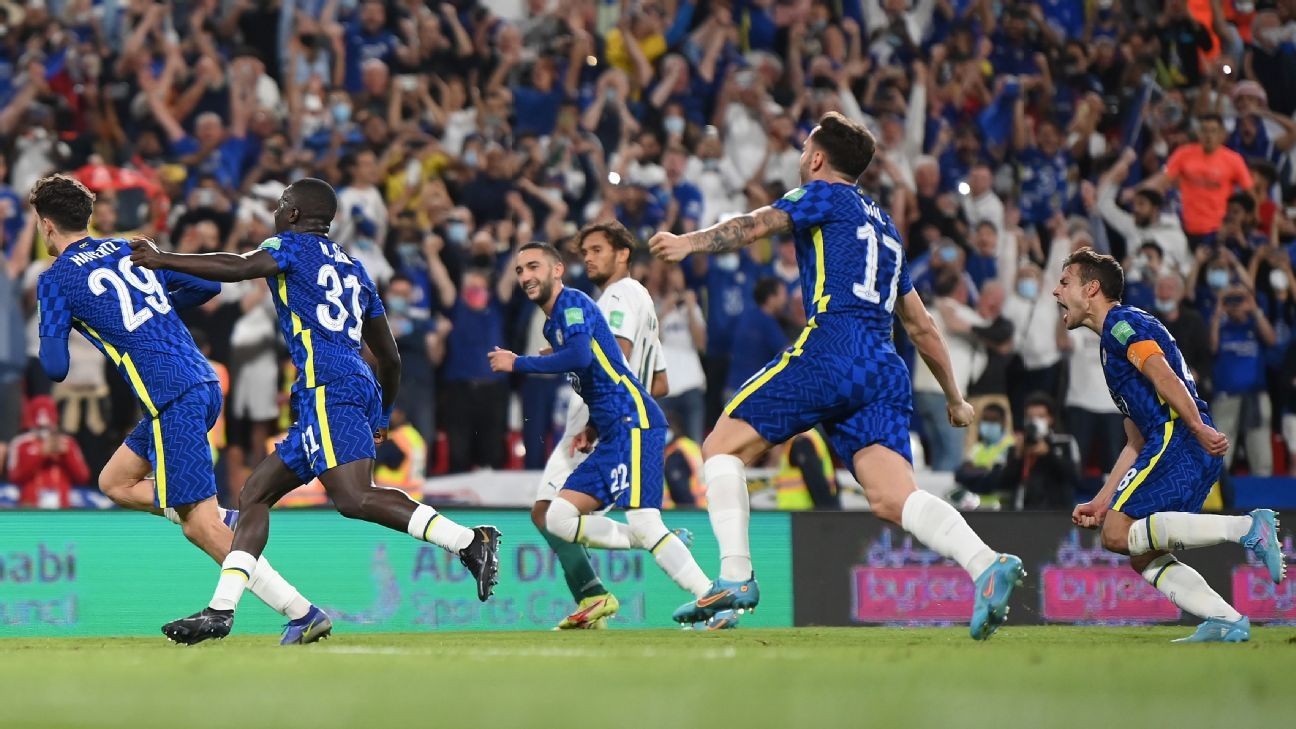 Kai Havertz scored a penalty in the 117th minute as the Premier League giants won the competition for the first time in the club's history.

In a tight affair, Romelu Lukaku opened the scoring in the second-half but the Brazilian side pegged them back through a Raphael Veiga penalty.

However, Havertz -- who also grabbed the winning goal in last season's Champions League final -- stepped up with a late penalty as Thomas Tuchel picked up his third trophy since taking charge of Chelsea in January 2021.

Both sides failed to create many clear-cut opportunities in the first half and Chelsea suffered a massive blow when Mason Mount was brought off after 29 minutes with an injury.

The game came to life after 54 minutes when Callum Hudson-Odoi produced a fine cross which was converted from Lukaku with a clinical header.

However, Palmeiras were awarded a penalty 10 minutes later after VAR adjudged Thiago Silva to have handled the ball from a corner.

Veiga stepped up and converted the spot kick to equalise for the Brazilians as the game pettered out into extra time.

As the match looked set for a penalty shootout, Chelsea were awarded a penalty after VAR adjudged Luan Garcia to have blocked Cesar Azpilicueta's strike with his hand.

Havertz converted the penalty with ease and Chelsea managed to hold on for the win while Garcia was sent off late on.