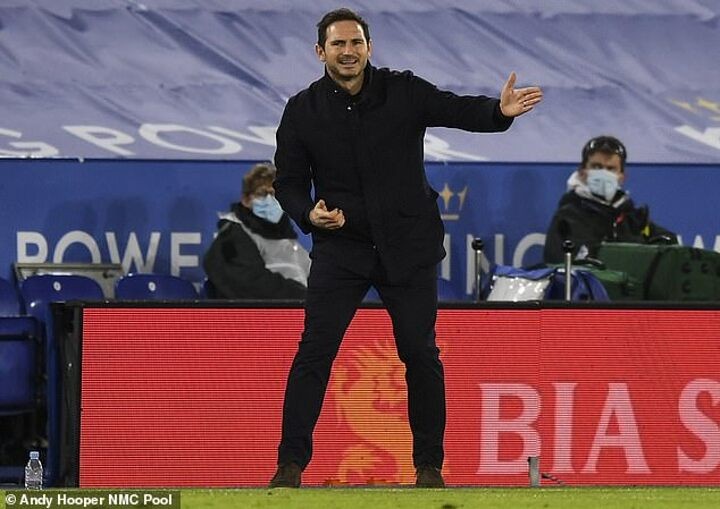 The loss leaves Lampard's side in eighth in the Premier League and 11 points behind table-toppers Manchester United.

As a result questions are being asked if the 42-year-old, who is the club's record goalscorer, is the right man for the job. Chelsea supporter Rory Jennings has provided his case why he is and why the Blues should persist with the fan favourite.

For the past two decades people have highlighted a rotten culture at Chelsea.

For the first time under Roman rule, Chelsea have looked to address these issues and people are calling for us to do exactly what we were attacked for doing so ruthlessly so often.

Giving Frank Lampard the tin-tac makes a mockery of employing him in the first place. At the time of his appointment, we knew that we were employing a man who was going to be learning on the job.

We knew there was going to be some difficult times and we knew there would be some bad results because we are on a learning curve. So we went into this appointment with our eyes open and just as predicted, Chelsea under Frank Lampard have had a blip and suddenly people are calling for his head.

It is actually the pinnacle of idiocy, isn't it?

You employ someone to revolutionise the entire club and then consider reverting exactly to type and sacking him the moment things don't go to plan.

Chelsea have lost five in eight. Unacceptable. But we previously went 16 unbeaten. Last season we reached the cup final and finished in the top four. This season we finished top of our Champions League group.

In the past Chelsea were lambasted for not giving opportunities to Josh McEachran, Charlie Colkett, Izzy Brown - the list goes on - but look at the side now.

Jody Morris, who achieved exceptional things with the youth team, is now a key part of Frank Lampard's set-up and our best player is Mason Mount.

This is part of the revolution that people have been so desperate for and they now want a change immediately.

There is also something very revealing about the previous point. Our best player this season is an academy graduate in his second season in the top flight. I understand the scrutiny on Lampard. I think it is fair enough, he should be able to influence the game more than he is currently doing. I expect to see improvements.

I am prepared to be patient with our new recruits, all I am asking is that we extend a similar courtesy to our best-ever player.

Southampton, Arsenal and Manchester United have all demonstrated patience in a process and have all, to varying degrees, been rewarded for it. I hope that Chelsea learn this lesson - although history has taught us they probably have not.

I don't find the suggested replacements especially inspiring, certainly not when compared to our record goalscorer.

What is a huge shame is that Stamford Bridge can't be full at the moment. I guarantee that if it were, 'Super Frank' would be echoing around the stadium for 90 minutes.

You're always going to get idiots on social media, often with large following but what is a beautiful thought is that such accounts are actually, completely insignificant. They are screaming into the dark. When the turnstiles are spinning again, there will be nothing but unilateral and partisan support for Frank Lampard.