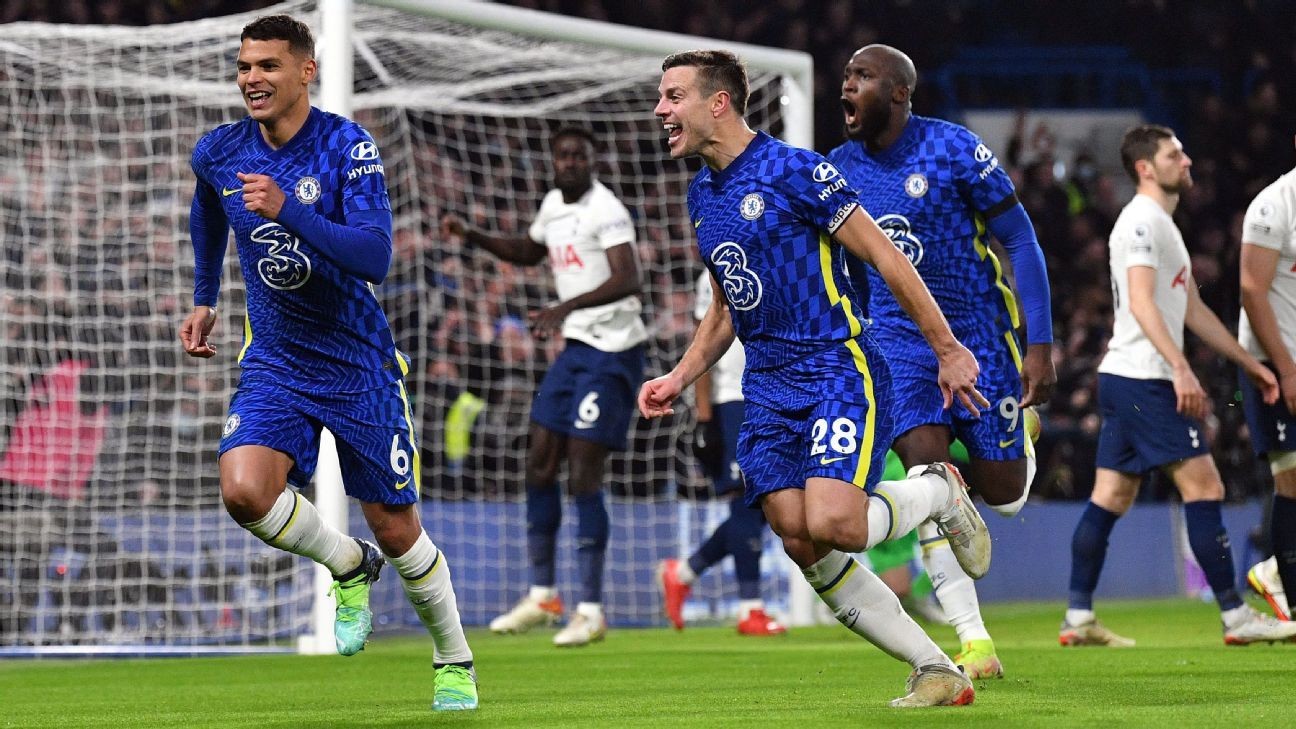 Chelsea secured their first win in the Premier League since Boxing Day as they beat Tottenham Hotspur 2-0 on Sunday.

Former Chelsea boss Antonio Conte made his league return to Stamford Bridge but he was unable to guide his side to a win as Hakim Ziyech and Thiago Silva scored for the home side.

It is the third time that Spurs have been beaten by Chelsea this month after they knocked Conte's side out of the Carabao Cup over two legs.

"We were working extremely hard for it and it was a tough match. The effort was outstanding and it was a deserved win. It is so hard to create chances against them but we were relentless and kept on believing," Chelsea coach Thomas Tuchel said after the match.

"Keep on going, there was no need for changes, some details of when to take the risk and when not. Encouragement to keep on going."

It looked like Spurs had taken the lead in the first half when Harry Kane had the ball in the net from eight yards out. However, referee Paul Tierney had already blown his whistle for a push on Silva and the goal didn't stand.

Chelsea came out in the second half with a renewed vigour and quickly got their first goal just two minutes into the restart. Callum Hudson-Odoi found Ziyech in space and he curled the ball into the top corner with his left foot.

"The game agaisnt Brighton [when he did not celebrate a goal] we didn't play well so there was frustration. But today we played well, they had some counterattacks but it wasn't dangerous at all," Ziyech said after the game.

The loss puts a dampener on Spurs' Champions League ambitions after fellow top four contenders Arsenal drew 0-0 with Burnley earlier in the day. A win would have sent them above their north London rivals with a game in hand.