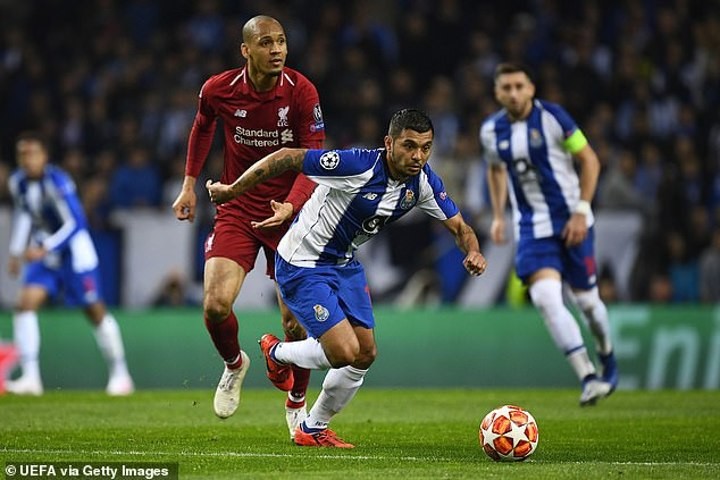 Chelsea have spoken with Porto winger Jesus Corona about a summer move to the club, according to the star's agent.

Frank Lampard is set to bolster his squad this summer and is targeting wide players to replace Willian and Pedro, whose contract at Stamford Bridge expire this year.

27-year-old Corona is now reported to be a target after his agent revealed the club had contacted the player to discuss a possible transfer.

Corona's agent told Medio Tiempo: 'At some point we talked to them [Chelsea].

'I cannot say if he's option A, B or C, now they are rather rumours.

'We'll have to wait a bit for this to continue moving forward and for the leagues to begin again, and from there see what the next movements will be because the market is a little bit stopped.

'He has two years left on his contract.

'He did awaken a lot of interest for his participation in this particular tournament [Primeira Liga], which has been outstanding and at a high level, but now with the current situation of the virus everything has slowed down a bit. The signings are in quarantine.'

The Mexican winger is expected to be a cheaper option for Chelsea, who are also open to signing Jadon Sancho and Philippe Coutinho.

Corona has scored two goals for Porto this season and laid on an impressive 17 assists.

He has been at the Portuguese club since joining from FC Twente in 2015 and was part of the Mexico side who caught the eye at the 2018 World Cup in Russia.