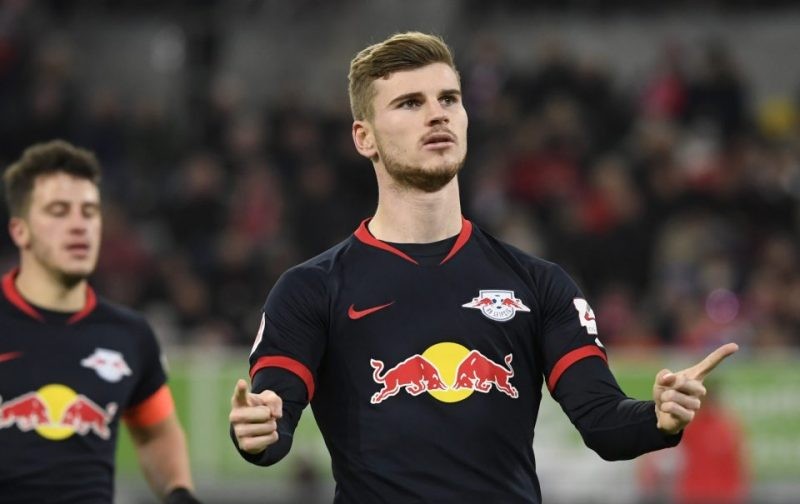 RB Leipzig striker Timo Werner continues to be tracked by Inter and Liverpool, but it appears Chelsea have joined the mix as well.

The Nerazzurri have been linked with a move for the German in recent weeks as a possible replacement for Lautaro Martinez, who continues to be Barcelona’s No.1 target for the upcoming transfer window.

The Italian outlet suggests that while Werner has made it clear he would prefer a move to the Premier League over Serie A, the Nerazzurri haven’t given up hope in the race to sign him.

It’s believed Ausilio and Giuseppe Marotta have offered €35-40m plus Valentino Lazaro for the 24-year-old, but a new bid will be needed as Leipzig weren’t interested.

While Liverpool are believed to be the favourites to capture Werner’s signature, Chelsea have also joined the race as they look to beat out their Premier League rivals and the Nerazzurri.