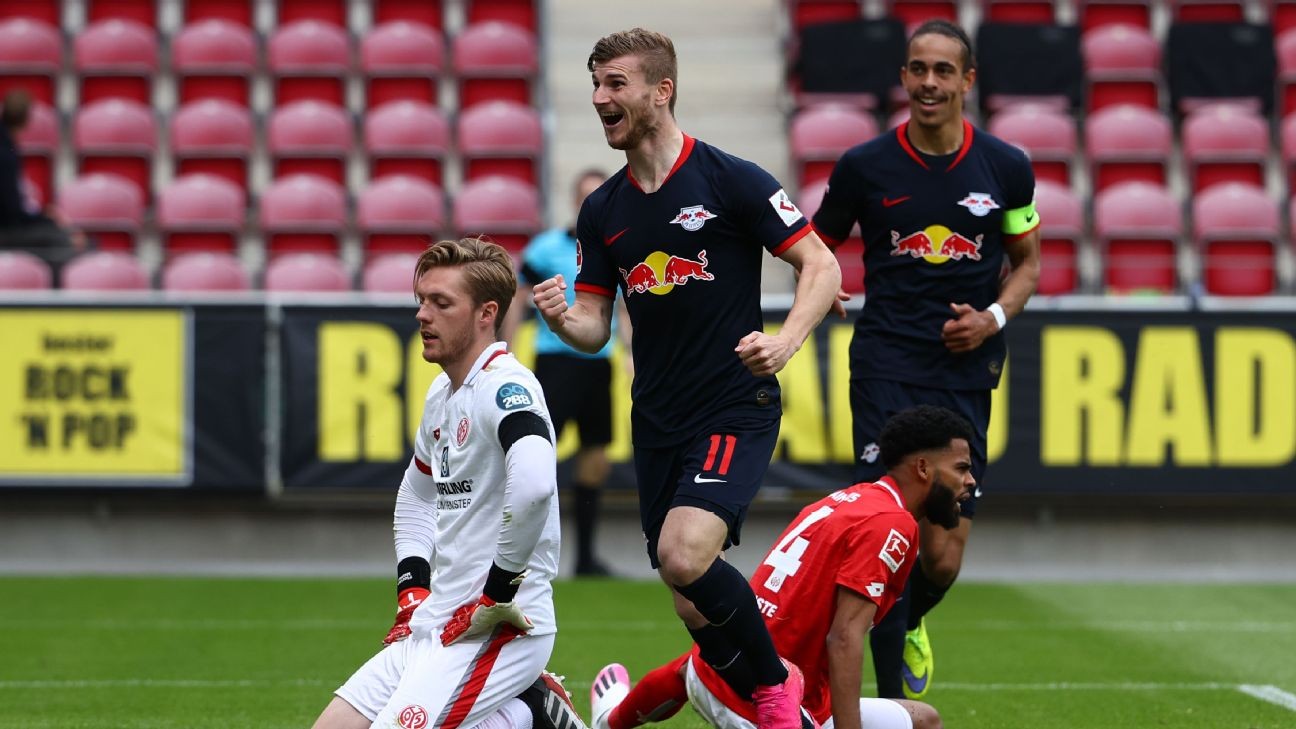 Chelsea are considering switching their attentions to Timo Werner if the RB Leipzig forward indicates he is willing to join them, sources have told ESPN.

The Blues are in the market for a striker this summer and have identified Lyon's Moussa Dembele as their preferred target. Chelsea tried to sign Dembele in January but the Ligue 1 club were reluctant to sanction a midseason sale and demanded a fee of around £80 million.

That asking price is certain to be lower now, in part as a result of the coronavirus pandemic, but Chelsea would still have to negotiate a fee with Lyon president Jean Michel Aulas and although a dialogue has been maintained, there is no indication yet that an agreement could be reached.

By contrast, Werner's valuation is simple due to his £49m release clause. Liverpool and Manchester United have also expressed an interest in Werner, whose preference is a move to Anfield.

However, neither club have tabled a bid as yet and Chelsea believe they could tempt Werner to London with the promise of more regular game time, given Roberto Firmino is more established at Liverpool as the team's central striker than Tammy Abraham is at Stamford Bridge.

They are also above United in the Premier League table and more confidently placed to potentially offer Champions League football.

United are also keeping tabs on Dembele, who scored 22 goals in 42 games for Lyon before COVID-19 led to the premature end of the 2019-20 season in France.

Chelsea have scouted both Dembele and Werner extensively while also keeping an eye on Pierre-Emerick Aubameyang's contract negotiations at Arsenal. The club are hopeful Aubameyang will sign an extension but if talks fail, he will have just a year left and the club may be willing to listen to offers.

Aubameyang turns 31 later this month but his proven pedigree in the Premier League makes him an intriguing option, especially given he will command a smaller fee than Dembele or Werner.