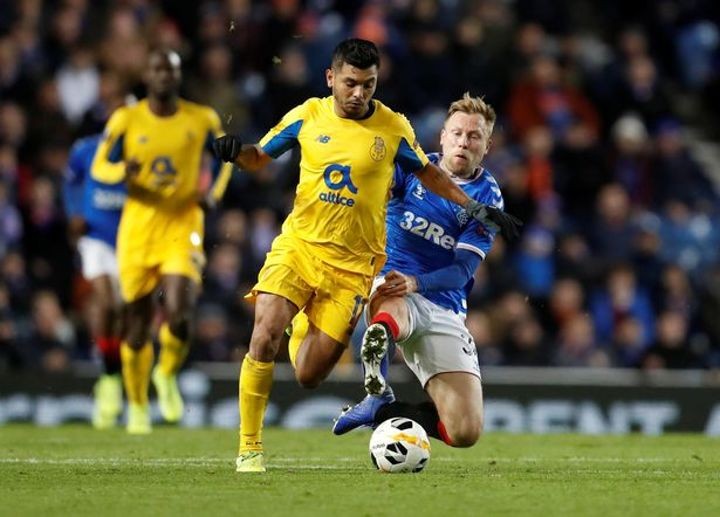 The Blues are keen to sign the England winger this summer, but face competition from Manchester United.

And it is the Red Devils who are believed to be winning the race for the £100million Borussia Dortmund starlet.

That has seen Chelsea chiefs - set to lose Willian and Pedro Rodriguez when their contracts expire - scouring Europe for alternatives.

One of those is Porto's 27-year-old Mexican international.

Now his agent, Matias Bunge, has confirmed that Chelsea chiefs have made contact and held discussions over a potential deal.

"At some point we talked to them. I cannot say if he’s option A, B or C, now they are rather rumours, Bunge explained, speaking to Medio Tiempo.

"We’ll have to wait a bit for this to continue moving forward and for the leagues to begin again, and from there see what the next movements will be because the market is a little bit stopped.

“He has two years left on his contract. He did awaken a lot of interest for his participation in this particular tournament [Primera Liga], which has been outstanding and at a high level.

"But now with the current situation of the virus everything has slowed down a bit, now the signings are in quarantine."

Corona has made 41 appearances for Porto during the 2019-20 season, registering a fine 17 assists.

And while he will cost far less than Sancho, owing to the presence of his release clause, it is far from an insignificant amount, particularly given football's current financial situation amid the coronavirus pandemic.

"From there we’ll see how things happen. Today, Jesus has been a fundamental part of Porto for several seasons and we’re going to see where it ends.

“We have spoken with several teams from England, Spain, some from Germany, but well, normally at this time of year we talk more deeply, and in this market the leagues are either resuming or haven’t been able to conclude.

"All the teams are seeing what happens to their sales or their signings so from there the ball continues to roll in the offices.”