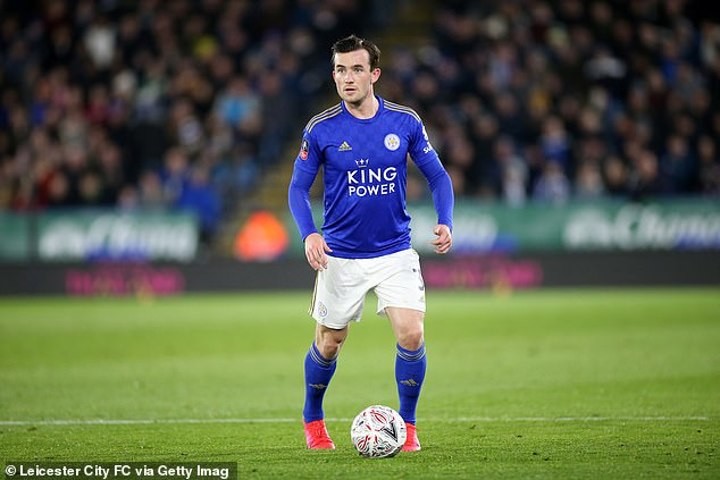 Chelsea are plotting a summer move for Leicester left-back Ben Chilwell with Emerson Palmieri likely to depart for either Juventus or Napoli.

Frank Lampard is keen on the England international to fill what has become a problem position for the club this season.

Both Marcos Alonso and Cesar Azpilicueta have been selected ahead of 25-year-old Emerson during this campaign as he has fallen out of favour under Lampard.

A potential £25million move to Juventus would mean Emerson is reunited with former Blues boss Maurizio Sarri, who remains a fan of the Brazil-born Italy international.

Alonso may also depart Stamford Bridge as Lampard plans an overhaul of his options in that position, but the rtired midfielder may have to compete with Manchester City for Chilwell's services.

A fee of around £50million is expected to be demanded by the Foxes to part with the academy graduate, who has made 118 appearances for the club since his debut in 2015.