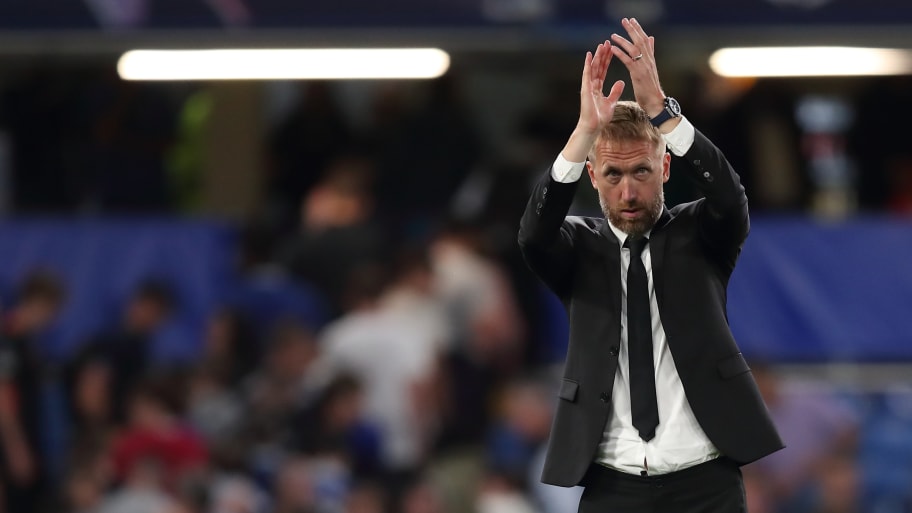 Potter may have swapped the south coast for SW6 but the former Brighton manager will surely carry a hint of extra enmity towards the Seagulls' rivals Palace. During his time in Hove, Potter oversaw six A23 derbies but didn't win a single one (D4 L2).

Here's the XI Potter may deploy to earn a maiden career victory against the Eagles.

GK: Edouard Mendy - The Senegalese shot-stopper has gone five Premier League matches without a clean sheet for the first time since the end of 2021. Mendy has never made six consecutive appearances in the competition without a shutout.

CB: Wesley Fofana - The summer arrival cost just £11m less than Potter has spent on transfer fees in his entire career (per The I).

CB: Thiago Silva - Chelsea's veteran Brazilian will become the first 38-year-old outfield player to line up for the club in the Premier League era on his next appearance.

RWB: Reece James - In his spare time, James has volunteered for the Felix Project, delivering surplus food that would otherwise be discarded to those in need.

CM: Mason Mount - Each of Chelsea's last two managers - Frank Lampard and Thomas Tuchel - used Mount more than any other player. The England international now has to convince Potter to follow suit.

CM: Jorginho - "Ball mum! Ball mum! Ball mum!" was the nagging chant Jorginho pestered his mother with as a two-year-old. Maria Freitas duly took her son to Imbituba's beaches where she honed his revered technique, calling upon her own career in which she collected 16 amateur trophies.

CM: Mateo Kovacic - Given the scarcity of Kovacic's interviews, he has taken his father's advice to heart: "Never talk about yourself, let other people talk about you when you do your best."

LWB: Raheem Sterling - During the recent international break, Sterling stressed his preference for a wide role rather than constantly receiving the ball with his back to goal. All of which suggests that Sterling's initial outing at wingback under Potter may suit his strengths despite his unfamiliarity with the position.

AM: Kai Havertz - In the space of 20 second-half minutes on Monday night, Havertz scored more goals on English soil for Germany (two) than he has for Chelsea this season (one).

This article was originally published on 90min as Chelsea predicted lineup vs Crystal Palace - Premier League.