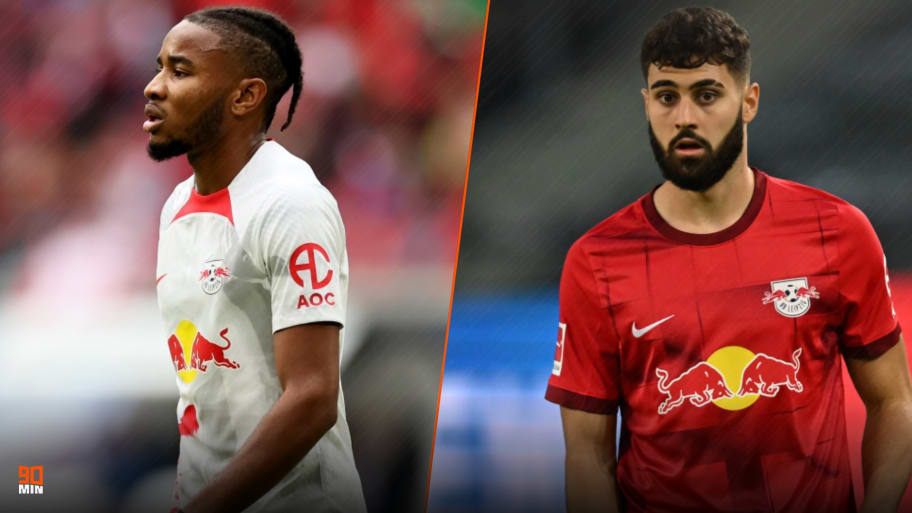 Chelsea are in talks with RB Leipzig over a double deal for both Christopher Nkunku and Josko Gvardiol, 90min understands.

The Blues saw a move for centre-back Gvardiol knocked back towards the end of the summer transfer window, during which Nkunku underwent a medical under Chelsea's supervision with a view to a possible transfer in 2023.

Sources have confirmed to 90min that Chelsea's lines of communication have remained open with Leipzig since the summer and co-owner Todd Boehly is looking to wrap up the double signing of both players as soon as possible.

Having seen Chelsea miss out on the signing of Aurelien Tchouameni in 2021 and finding himself locked in a lengthy saga for the eventual acquisition of Wesley Fofana this summer, it is understood that Boehly is keen to conduct his transfer business as early as possible so as to avoid any future disappointments.

Personal terms have almost been fully agreed between Chelsea and both Gvardiol and Nkunku, and now Boehly's priority is trying to convince Leipzig to agree to sales immediately.

Chelsea hope to get the signing of both players wrapped up before the World Cup, although Leipzig may be reluctant to sign off on the departures of two in-demand players before the winter showpiece - effectively the world's biggest shop window.

The Blues are looking to avoid triggering either player's release clause, which must be paid in full, and are instead pursuing agreements with Leipzig over both signings, which adds an extra complication to negotiations.

As well as wrapping up these signings, Chelsea are also hopeful of finding themselves a new sporting director by the end of the month.

Talks are on with another Leipzig employee, technical director Christopher Vivell, who is one of many potential candidates to bolster Chelsea's recruitment team.