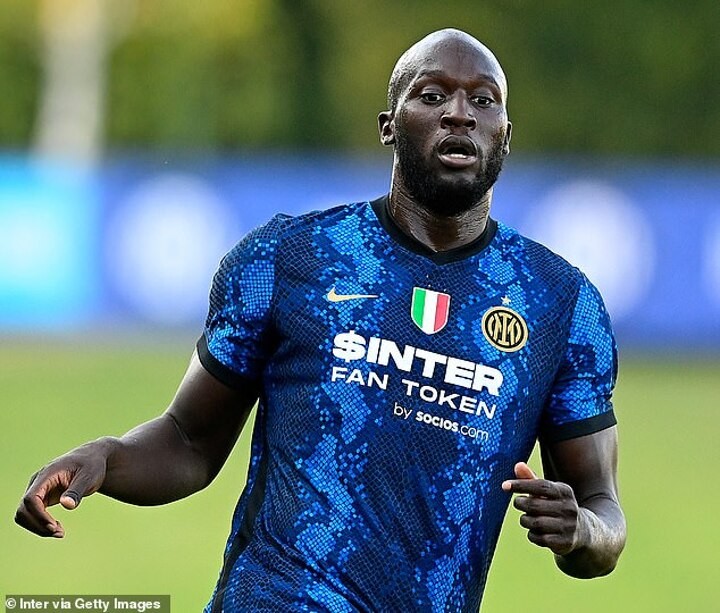 Chelsea are expected to agree a deal with Inter Milan for striker Romelu Lukaku in the next 24 hours.

They are believed to be offering £95million plus add-ons for the 28-year-old after a bid of £85m plus left back Marcos Alonso was rejected.

Earlier Inter set Chelsea a deadline of Sunday to complete a deal, with the Belgium international informing Inter boss Simone Inzaghi he was keen to go back to Stamford Bridge for a second spell.

Chelsea are prepared to make Lukaku one of the Premier League's top earners with a basic salary of more than £350,000 a week.

Inter see Atalanta's Colombia international Duvan Zapata as a potential replacement for Lukaku — with Atalanta among several clubs interested in Tammy Abraham, who can leave Chelsea for £40m.

Chelsea and Inter are to hold further talks on Friday as they edge towards an agreement.

Inter would prefer straight cash rather than have another player as part of the deal but Chelsea may yet look to offer a different makeweight in their attempt to reach an accord with the Italian champions.

On Wednesday night Chelsea boss Thomas Tuchel refused to comment on their  interest in Lukaku - but admitted he is looking for a striker with the attributes the Belgian frontman possesses.

Asked if he wants to sign the 28 year-old, Tuchel said following Chelsea's pre-season 2-2 draw with Tottenham: 'I will not talk about players who don't play in my squad.

'He is a fantastic player but a player from Inter and with all due respect I will not talk about him.

'Everybody wants to come [to Chelsea], hopefully. Well, not everybody unfortunately, but you can imagine a lot of players want to come and join but like I said, we don't comment on that.'

When expanding on the type of striker he is looking for to bolster his squad, Tuchel said: 'I think with the exit from Olivier Giroud, we could use a player used to playing with their back to goals, whose strength is to keep possession from long balls so we can add this direct style of play to our portfolio and this is the characteristic of player that is not Tammy, Tino or Kai.

'This is a profile we don't have in the squad and could be useful but not for any cost and not hectic or in panic as no matter what happens we will be competitive and have trust in our guys and that we can still develop and that we have young players in the offensive part of the game who we demand that they need to improve.

'We are relaxed and very well aware of our situation at the same time.'

Chelsea have issues in front of goal with Timo Werner failing to find his touch so far.

They have already sold Giroud to AC Milan while Abraham has interest from Aston Villa, West Ham, Arsenal and Atalanta.

Lukaku first joined Chelsea 10 years ago as an 18-year-old from Anderlecht but was eventually sold to Everton where he established himself as a Premier League force.

Chelsea tried to sign him back only for the player to join Manchester United instead in a £75m transfer.

He scored 27 goals in his first season but the arrival of Ole Gunnar Solskjaer saw a change in style and Lukaku struggled to fit in. He was sold to Inter for £68m with United retaining a four per cent sell-on clause.

Now he is preparing to return to Stamford Bridge and spearhead the European champions' attack on the Premier League title.