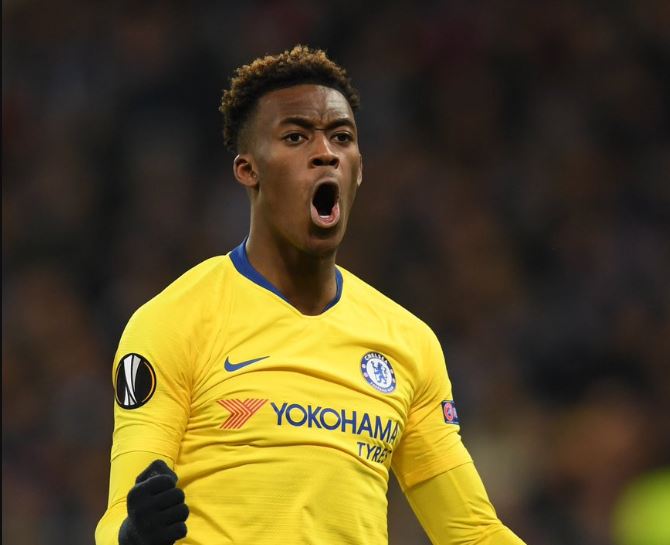 Chelsea are ready to tie Callum Hudson-Odoi down to a reported £100,000-a-week deal to wade off interest from other clubs.

The 18-year old has been the subject of attention on the transfer market as host of clubs in Europe are interested in biding to take him away from Stamford Bridge.

Despite not making any Premier League appearance for Chelsea his performances has attracted the interests of Bayern Munich, Manchester United and Liverpool.

Hudson-Odoi wanted to push a deal to join Bayern Munich in the winter transfer but Chelsea were able to hold on to the player.

According to reports the player is frustrated due to the lack of first team-action and is willing to move should the situation not improve.

Hudson-Odoi made his England debut in the recent round of international fixtures.

He  has featured in 19 appearances for Chelsea this season.