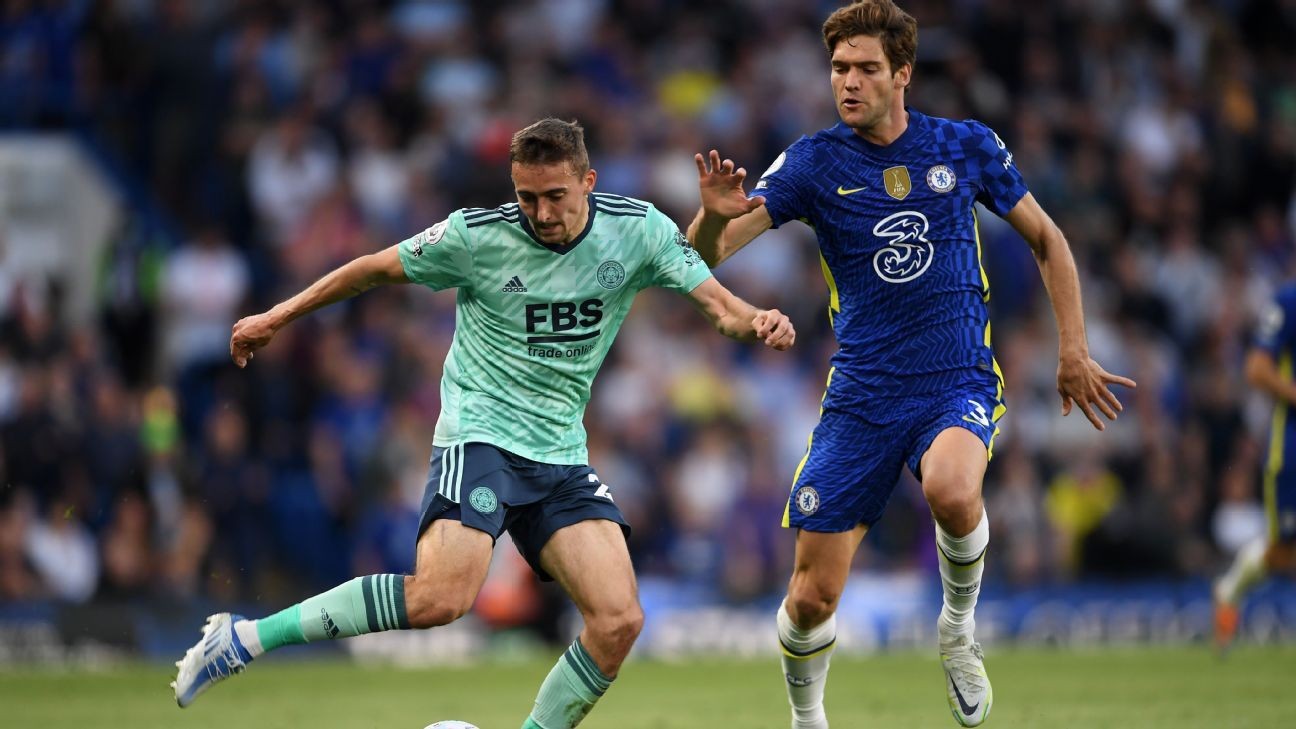 Marcos Alonso's goal against Leicester all but ensures Chelsea will finish third in the Premier League this season. Getty Images

Chelsea defender Marco Alonso scored a glorious equaliser to earn a 1-1 home draw with Leicester City on Thursday and effectively seal third place in the Premier League ahead of the final round of fixtures.

The draw lifted Chelsea to 71 points, 19 behind leaders Manchester City and three ahead of Tottenham Hotspur in fourth, but Chelsea's far superior goal difference means Spurs have no realistic chance of overtaking them.

While they will be delighted to seal third place, Chelsea will be disappointed not to win a game that saw them produce 27 shots but only the one goal as they dominated possession.

In contrast, Leicester scored with their only effort on target after seven minutes as Kasper Schmeichel sent a sweeping long ball to Timothy Castagne and his deflected pass fell into the path of James Maddison who curled a shot past Edouard Mendy.

Chelsea's 34th-minute equaliser was exquisite as Reece James lofted a diagonal ball into the area for Alonso to volley home and it looked a matter of time before they added to their tally.

Thiago Silva sent a raking ball into the box but the lively Hakim Ziyech could not connect with it as Chelsea sought to turn their dominance into goals.

They earned a number of corners and free kicks around the area and though Leicester's loose defending at set pieces has proved costly all season, Schmeichel was quickly off his line to claim the ball and avert danger.

Christian Pulisic missed a glorious chance to bag the winner for Chelsea, completely miscuing his shot from Romelu Lukaku's ball across the face of goal and sending his effort wide.

"We were the better team and deserved to win, we didn't allow any chances, got punished by a shot from outside the box," Chelsea manager Thomas Tuchel told reporters.

"We created enough to win, didn't allow transition and chances for Leicester, so I am fine with the performance.

"It's a bit of a broken record - we did not take what we deserve."

Chelsea round off their league campaign at home to relegated Watford on Sunday when Leicester, who are in ninth place on 49 points, host Southampton.