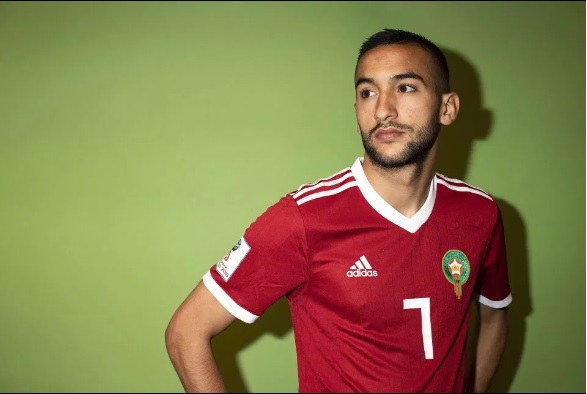 Chelsea confirmed Hakim Ziyech will join next season - but he is set to miss a chunk of the campaign due to the Africa Cup of Nations.

Frank Lampard's side reached an agreement for the Morocco international to make the £37million move from Ajax in the summer.

But the versatile 26-year-old attacker could miss six weeks of action for Chelsea next term with the Africa Cup of Nations 2021 now moved to the winter.

The 24-team tournament was due to take place in Cameroon in June and July of 2021.

But the summer months are the middle of the rainy season in the West African state, with average temperatures of 27 degrees.

Fears over the safety of players in such conditions led Confederation of African Football chiefs to revert to the previous policy of playing earlier in the year, with the tournament now set to take place between January 9 and February 6.

Dutch-born Ziyech - who played for Holland at youth level - has made 32 appearances for Morocco scoring 12 times.

He made four appearances in last year’s Africa Cup of Nations but failed to net as Morocco were dumped out in the round of 16.

Chelsea are not the only team set to be affected by the winter tournament.

The biggest potential impact in England could be on champions-elect Liverpool, whose hopes of retaining the crown they seem certain to claim by May could be significantly damaged.

Mo Salah is the King of Egyptian football and it is infeasible that he could miss the African equivalent of the European Championships.

Likewise, Sadio Mane is Senegal’s talisman and was crowned African Footballer of the Year for 2019, while Nabi Keita is Guinea’s stand-out player.

But current champions Manchester City are only set to be affected by the loss of Algeria's Riyad Mahrez - who captained his nation to victory last year.

Other clubs to be hit include Arsenal, who face losing both Gabon’s Pierre-Emerick Aubameyang and Ivory Coast’s Nicolas Pepe.