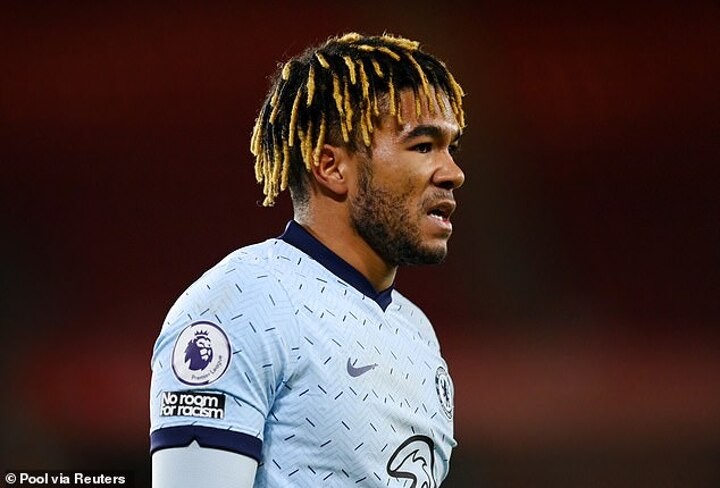 Reece James has been on the wrong end of Thomas Tuchel’s willingness to rotate but the young England right back has no reason to quarrel.

Though their new manager is not afraid to bench key players, the upturn in results since he took charge has been superb — the latest a 1-0 win at Anfield on Thursday.

Chelsea are 10 games unbeaten under the new boss and playing like a team who are guaranteed to finish in the top four. On Monday evening, they face another big challenge when Everton arrive at Stamford Bridge.

The visitors come in off three consecutive wins, but Chelsea have come to life and James puts it down to Tuchel’s influence.

‘We were all on it against Liverpool and that showed,’ said James. ‘The game last season was tough and we lost 5-3 but this season shows you how far we’ve progressed.

‘He (Tuchel) is very funny and very passionate. He wants to win and that shows when he is on the sidelines, kicking and heading every ball.

‘When you’re in a top team, you can’t always play. You have to keep working hard. He’s the manager, I have to respect his decisions.’

Hard work is what Ancelotti wants to see from Everton, as they return to the scene of an embarrassing 4-0 defeat last season. He regards that day as his worst at Everton.

‘I think we are better,’ he said. ‘We have more knowledge and more belief. We can compete against Chelsea.’