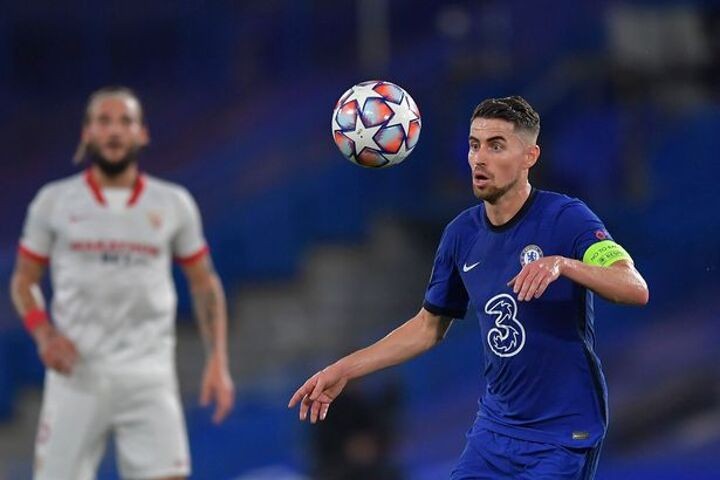 The summer transfer window was a busy one for Chelsea, with no fewer than six new signings arriving at Stamford Bridge.

With the window now closed, Frank Lampard is finally getting on with fitting them all into a functional team unit. There are still a number of questions he has to answer to turn his team in serious Premier League challengers.

However, there is just over two months until the next transfer window opens. Speculation is already swirling ahead of the January transfer window, with the Blues the subject of much interest.

Jorginho opens up on Arsenal talks

Jorginho has revealed how close he came to leaving Chelsea for Arsenal following speculation the Gunners were interested in the Italian over the summer.

The Gunners made the signing of a new midfielder a priority for the summer window, with Thomas Partey ultimately signed from Atletico Madrid on deadline day, but Jorginho was widely reported to be a target too.

Speaking to ESPN Brazil , the Italian acknowledged talks on some level, but reaffirmed his commitment to the Chelsea cause.

“I believe that every player is open to negotiations,” he said. “So I believe there was something they talked about. And in the end it was decided that I remain here. ‘Now my head is here and we’re going to do a great job with Chelsea, which I always wanted to do.’

Inter, Juventus and Napoli are all interested in signing Emerson Palmieri who has fallen down the pecking order at Chelsea since the arrival of Ben Chilwell.

Emerson looked likely to leave Stamford Bridge over the summer transfer with Antonio Conte keen to be reunited with his former Chelsea player at Inter, but no move materialised and the 26-year-old remained in London.

According to Sky Sports Italia (via Calciomercato ), Inter are focused on making another effort to sign Emerson in January, with Juventus and Napoli also interested in the left-back.

Emerson has only made two appearances for Chelsea this season with Chilwell signed for £50 million from Leicester City as Frank Lampard’s first choice option on the left side of the defence.

Sevilla made a loan offer for Kepa Arrizabalaga in the summer transfer window, but were priced out of signing the out-of-favour Chelsea goalkeeper even temporarily.

Kepa has fallen down the pecking order at Stamford Bridge following the signing of Edouard Mendy from Rennes, with the Blues open to the notion of letting the Spaniard leave the club.

According to Estadio Deportivo (via Sport Witness ), Kepa’s high wages are an obstacle to Sevilla or any other club signing the 26-year-old.