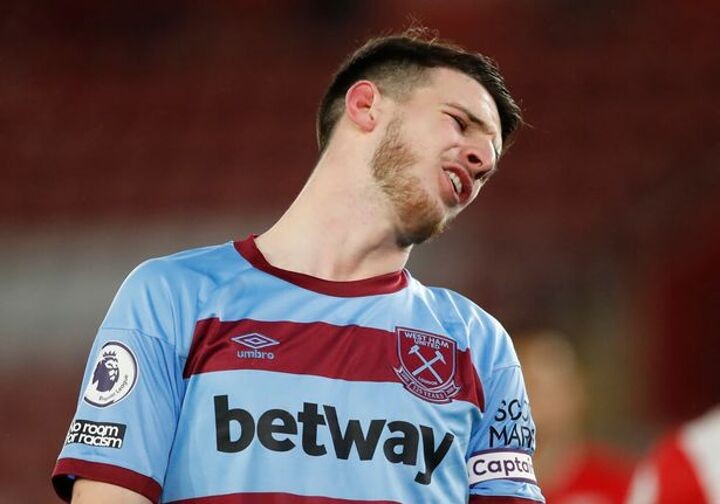 Chelsea may have spent a serious amount in the summer but they haven't yet reaped the rewards.

But Frank Lampard's side have struggled in the Premier League.

With one win in their past five games the Blues currently sit in 9th. Although, with the league a relatively open affair this season Lampard's men are only seven points off league leaders Liverpool.

Nonetheless, Lampard will be looking to sure up his recent leaky defence and West Ham's Declan Rice could be the man to help.

Rice might be a top target but it seems the Chelsea board have reservations over the midfielder.

According to The Athletic, the Blues hierarchy are uncertain if Rice has the required quality to play in a Champions League side.

Pair this with the enormous price tag West Ham would slap on the 21-year-old and the signing becomes something of a risk.

With just one Premier League appearance, the defender is eager to leave Stamford Bridge in search of more playing minutes.

That is according to The Athletic, who also say any links with Leeds are wide of the mark.

Can the defender find his move?

Kepa Arrizabalaga has barely seen any game time since the arrival of Edouard Mendy.

Following a string of high profile mistakes Lampard was left with little choice but to replace the shot-stopper.

And having cost a world record £72million Chelsea will be desperate to recoup some of their fee.

"We’ll see how January goes," Lampard said when pressed on the goalkeeper's future.