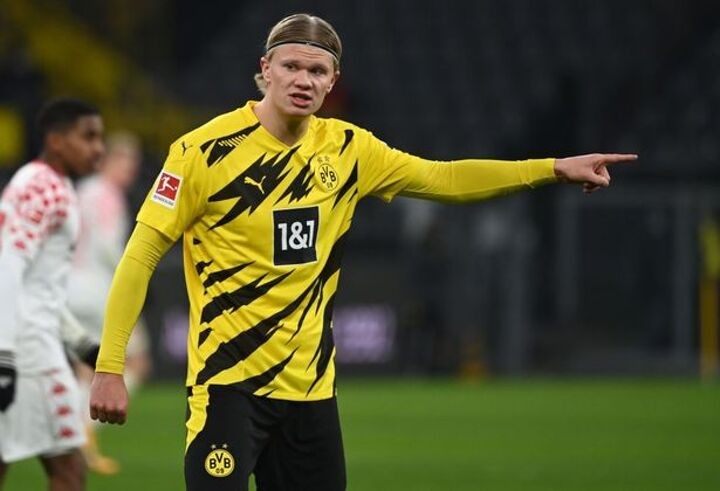 Chelsea spent big at the start of the season, bringing in Hakim Ziyech, Timo Werner, Ben Chilwell, Thiago Silva, Kai Havertz and Edouard Mendy for a total of more than £200m.

After being subject to a transfer ban in his first season in charge, manager Frank Lampard was able to splash the cash, but the Blues have not had a great start to the campaign and currently sit in seventh.

They have not made any new signings this month but a number of fringe players could be on their way out of the club in a bid to secure regular first-team football.

Mirror Sport takes a look at the latest transfer news coming out of Stamford Bridge.

According to the Athletic, Chelsea are preparing to break their transfer record in the summer in a bid to sign Borussia Dortmund star Erling Haaland.

The report claims that Haaland has a release clause in his contract which would allow him to leave if a club tables an offer of €70m (£66.6m) but it will not become active until 2022.

However, Chelsea are willing to pay a premium this summer, believing that other clubs who are interested in Haaland have been hit hard by the ongoing coronavirus pandemic and are waiting until 2022 to try and sign him for the cheaper price.

With Fikayo Tomori expected to complete a loan move to AC Milan this month, Lampard was asked about the impending move in his press conference on Monday and said: "I don't think there's any 'when did it start to go wrong', Fikayo's a developing player.

"As a squad, we had four centre-backs last year, and you can't play four in one game. And you try to find consistency at different times.

"At one point Fikayo was in that, and then later on not so much. And this year we have five centre-backs, so the predicament is difficult for centre-backs who are not playing regularly.

"And that's why he may go out on loan for his development, he's a young player and he's had a huge rise in the last two or so seasons since I've been working with him, and that will continue, and we'll find the best path for that."

Asked about the rumours of Milan having an option to buy Tomori at the end of the loan, Lampard added: "There is no detail, but that's not been confirmed."

Danny Drinkwater has officially joined Turkish Super Lig side Kasimpasa on loan until the end of the season, having last made an appearance for Chelsea in the 2018 Community Shield.

Speaking about Drinkwater's departure, Lampard said: "In terms of players, I think it is great for Danny to leave and go and play for himself to try and get some games.

"I am not concerned with getting players out to bring some in at this point. I am trying to make sure the balance of the squad is right and if players do move on then that's beneficial for them and our squad, I see that as a positive."