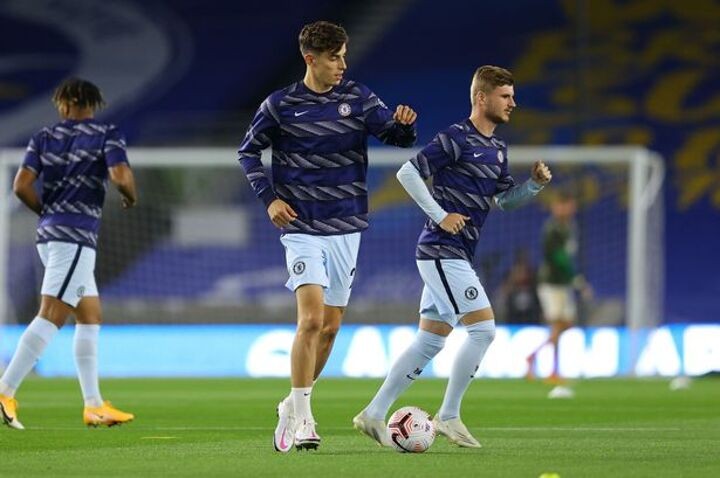 The January deadline is edging ever closer, but Chelsea are yet to delve into the transfer market for new signings.

After a flurry of activity last summer and an outlay of £220million, the Blues have had a quiet window which has seen no players arrive and only fringe players depart.

Meanwhile, Chelsea have endured a challenging month on the pitch and, simply put, Stamford Bridge chiefs will not be pleased to see the club eighth in the Premier League.

But there are doubts over whether more spending is the answer, while Frank Lampard is struggling to trim his squad.

All that and more in Friday's Chelsea transfer round-up.

Board "nervous and edgy" over more spending

Chelsea's board will be hugely reluctant to fund more spending in the January transfer window, according to former Blues striker Tony Cascarino.

But signings such as Kai Havertz and Timo Werner are yet to hit form after arriving in west London.

"It never goes down well when you spend loads of money on signings who don’t work out or are not playing well," Cascarino told  talkSPORT  .

"Upstairs will go, ‘we’ll give him more money and spend again’, but they get a little bit nervous and edgy about doing that.

"He [Frank Lampard] knows the job at Chelsea is full of criticism and it doesn’t take a lot for that owner to make a change."

Marcos Alonso's move to Barcelona has been scuppered, as Junior Firpo is now likely to stay at Camp Nou, according to transfer expert Fabrizio Romano.

Barca left-back Firpo had been heavily linked with a move to AC Milan, with local outlet  Sempremilan  claiming the Catalans had sounded out Chelsea outcast Alonso as a replacement.

But news that Firpo is expected to stay with Barcelona means Ronald Koeman will likely have no need of Alonso's services.

It will come as a blow to Frank Lampard as he tries to offload Alonso - who has made just three appearances this season - in January.

Haaland's value on the up

Chelsea will need to cough up an eye-watering fee if they are to land Borussia Dortmund superstar Erling Haaland this summer, according to reports.

This means Chelsea will likely need to pay a premium if they are to swoop for the Norwegian striker this summer, as recent speculation claims they will.

And the  Manchester Evening News  cites a report which asserts Haaland's value has now ballooned by €40million (£35m) over the last year to reach €100million (£88.5m).

This sum is over £15million more than the £72million Chelsea paid for current record transfers Kai Havertz and Kepa Arrizabalaga.