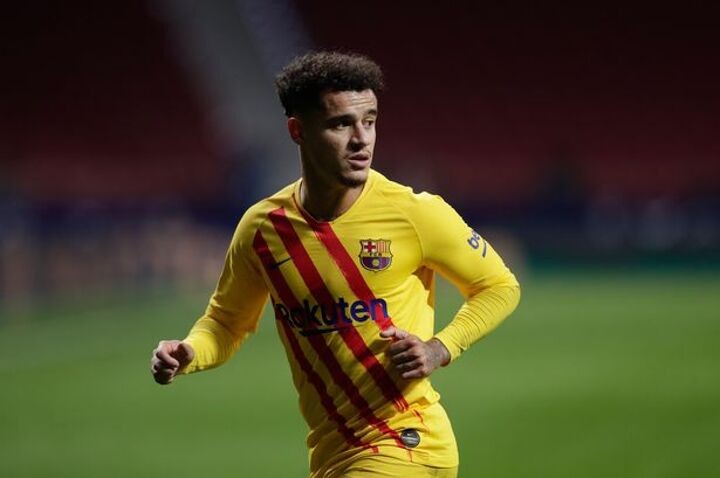 Chelsea manager Frank Lampard will be fully focused on navigating the hectic December schedule in the coming weeks.

The Blues have to play eight matches in all competitions before the turn of the year, and then the January transfer window opens.

But club director Marina Granovskaia may well have started looking ahead to 2021 and potential business in terms of both incomings and outgoings.

There’s plenty of football to be played in the coming weeks, and come January the powers that be at Chelsea will be able to take stock in terms of injuries, players on the periphery that can be let go, and where they might need to improve.

With all that in mind, here’s all the latest Chelsea transfer news and rumours.

Barcelona star Philippe Coutinho has not ruled out a return to the Premier League, but has stressed he wants to remain at the Camp Nou this season.

The playmaker spent the 2019/20 campaign out on loan at Bayern Munich and played a part in their treble win, before being welcomed back into the fold under Ronald Koeman at his parent club.

Coutinho had previously struggled to replicate his best Liverpool form for the La Liga giants but has been an important player under Koeman this term.

Chelsea had been strongly linked with Coutinho’s signature in the summer, as well as Arsenal, as Barcelona reportedly struggled to find buyers to recoup his club-record €160 million fee.

"The Premier League is one of the most exciting leagues in the world and to have the chance to play there with a team like Liverpool will always be something I will feel grateful for," the Brazil international told  World Soccer  .

"It is impossible to say what might or might not happen in the future - but what I know is that right now my only focus is on being successful with Barcelona."

Steve Bruce will be limited to loan signings in January if he wants his squad at Newcastle United bolstered in January, according to local outlet  The Northern Echo  .

Newcastle spent £35m on signing Jamal Lewis and Callum Wilson from Norwich and Bournemouth over the summer, while Jeff Hendrick and Ryan Fraser arrived on free transfers. Mike Ashley won’t sanction any further spending in the mid-season transfer window.

Chelsea will reportedly allow academy graduate Tomori to leave on a loan in January. The 22-year-old, who has been capped by England, has only made three appearances this season, two of which came in the League Cup.

St. James’ Park is one potential destination for the highly-rated defender, but the Magpies may face competition from other Premier League sides.

It would be unreasonable to expect the likes of Kai Havertz or Hakim Ziyech to replicate the kind of output Eden Hazard produced at Chelsea, according to Frank Lampard.

The Blues boss played alongside Hazard at Stamford Bridge for two seasons and the Belgian star won a Premier League title, the FA Cup, the Europa League, and the League Cup during his seven seasons at the club.

Hazard scored 85 goals and registered a further 54 assists in 245 Premier League appearances for the Blues, an output Lampard believes is difficult to replicate.

"I think it is very hard to fill one-for-one a player of Eden Hazard's talents," said Lampard at the weekend.

"His input at the club was huge and I have been talking a lot about Harry Kane today and his impact was similar in terms of goals and assists. To lose that, you have to try and find a way around it.

"With the transfer ban last year, it was more about the younger players coming in and being efficient as a team to at least stay where we are and look further forward in improvement. I think we made good steps on that front.

"With the new players we have in now, I would hate to give any of them the job or idea of they must replace Eden. They must focus on themselves and they have brought talent into the squad, without a doubt.”