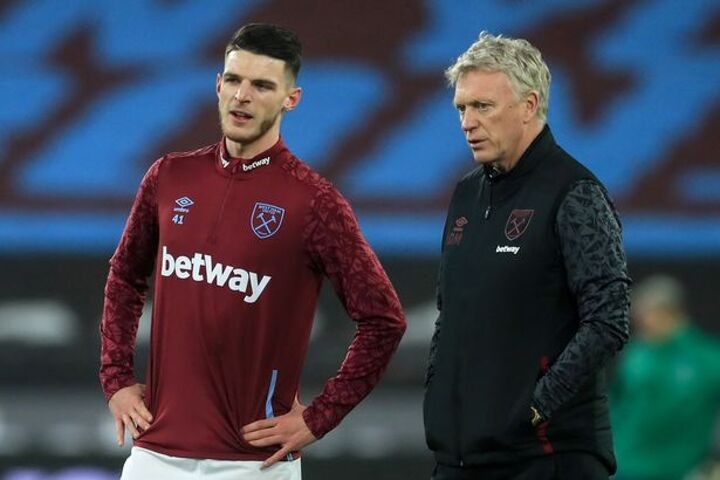 However, they have had a much quieter January window so far, with no major incomings or outgoings.

Frank Lampard's side currently sit seventh in the Premier League table and they could be tempted to spend more cash in a bid to climb up the table.

Here are the latest rumours from Stamford Bridge.

West Ham United boss David Moyes has revealed that the club have not had an official offer from either Chelsea or Manchester United for Declan Rice.

Speaking to Amazon Prime, Moyes said: "They're not true [rumours of a bid], we've had no contact from either of those clubs regarding Declan and we wouldn't want any anyway.

"He's doing great for us, he's a big leader now, he's taken a lot of the weight off Mark Noble.

After intense speculation linking Fikayo Tomori with a loan move to AC Milan, Italian sports journalist Fabrizio Romano is reporting that the deal is set to be completed next week.

Romano claims that Tomori will join Milan on loan with a €30m (£26.6m) option to buy, with the player set to fly to Italy in the coming days.

RB Salzburg's Karim Adeyemi had the chance to join Chelsea back in 2018 after he was invited to their Cobham training ground ahead of a potential move but the forward opted to join Salzburg instead.

The teenager is highly-rated by the Austrian side and believes he made the right move by joining them instead of Chelsea.

"First of all, it is important to me that I play regularly," he told Sport 1. " My focus is currently on the Austrian league. I am very happy that I have so much time here. I am fully focused on the task in Salzburg.

"I don’t know how the clubs work; after all, I don’t know the people responsible. But I would choose the club where I feel most comfortable.

"It’s not that difficult to stay on the ground. I haven’t achieved anything yet, even though I’m now playing in the first division in Austria. But I find it – in quotation marks – quite normal that I do not answer.

"My parents and family support me a lot in this. My old Unterhaching club taught me that too. But even at Salzburg we players are kept on the ground. There is also no reason why I should rise above other people. All people are equal."