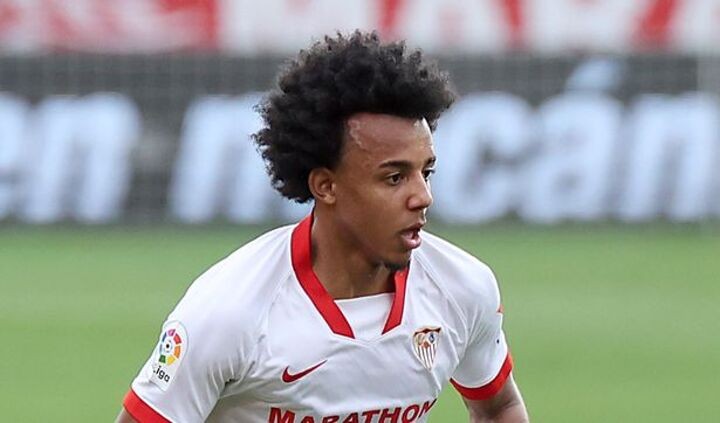 Chelsea have had a quiet start to the summer transfer window with no major arrivals with just over two weeks to the start of the new Premier League season.

The Blues confirmed their first arrival of the summer on Wednesday as goalkeeper Marcus Bettinelli signed on a two-year contract following his exit from Fulham.

The club are also in discussions with Sevilla over the transfer of star central defender Jules Kounde, who could become the club’s keynote signing of the summer.

There is still likely to be me multiple exits from a bloated first-team squad to help funds the Blues transfer desires, with a new striker another target for the club.

With that in mind, Mirror Football brings you the latest transfer activity from Stamford Bridge.

Chelsea are in active negotiations with Sevilla for the transfer of highly-rated central defender Jules Kounde.

The France international has a release clause of €80million (£68million) at the Spanish club but the Blues are looking at ways of diluting that fee.

Italian transfer guru Fabrizio Romano claims that central defender Kurt Zouma is the player who will move the other way as part of the deal, with his valuation knocking a significant amount from the transfer fee.

Romano claims that the Blues are currently offering €30-35million to complete the operation alongside Zouma moving to Andalusia.

It is unclear if that will be enough for Sevilla to accept, with a report in ESPN claiming that the record Europa League holders value the defender at €70million - just €10million less than his release clause.

Zouma has a contract at the Blues through to the summer of 2023 but has dropped down the pecking order at Stamford Bridge, opening up the possibility of an exit this summer.

Chelsea remain keen to sign an elite ‘number 9’ striker this summer to transform their attack, with Olivier Giroud already sold and Tammy Abraham likely to follow in the coming weeks.

Bayern Munich striker Robert Lewandowski had been linked with a move to Stamford Bridge, to end his long association with the German champions.

However, the general manager of Bayern has dismissed talk of the Poland international’s exit and stated that he will ‘definitely’ be playing for the club next season.

Herbert Hainer told Spox : "In my opinion Lewandowski is the best striker in the world.

"We are very happy to have him on our team. His contract runs for another two years, during which time he will definitely play for FC Bayern. I said it some time ago that I can very well imagine having him in the squad as well. He will definitely stay with us for the next two seasons."

A star of Chelsea’s Under-23 side has left the club to join his hometown club Southampton on a three-year contract.

Dynel Simeu featured regularly in Premier League 2 for the Blues last season and captained the side on multiple occasions.

The England Under-19 international has returned to his hometown club where he will initially link-up with their B team and he becomes the latest Blues youth star to move to another Premier League club.

Sineu spent six years at Stamford Bridge and looks destined for a bright future in the game.

The 19-year-old said upon his departure: “Unfortunately it’s time to say my goodbyes to @chelseafc. I have spent 6 great years at the club. Grown from a young boy to a man.

“I would like to express my gratitude to the Chelsea staff for giving me a platform to become a professional footballer. Teammates who have become very good friends. Supporters who have followed my journey. However I am ready to begin a new challenge elsewhere.”