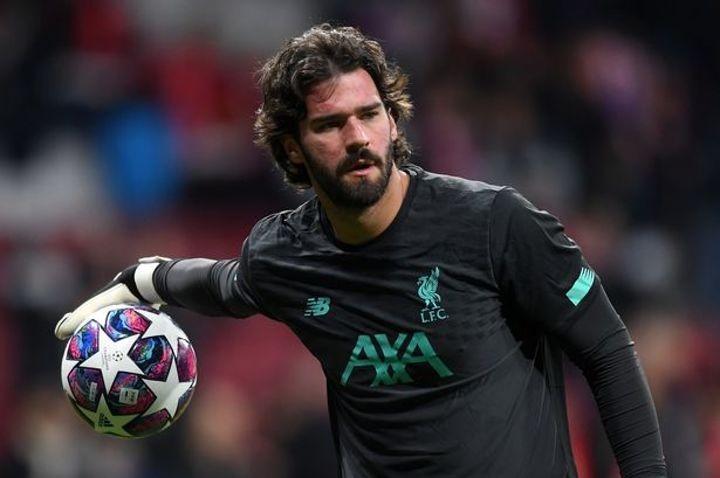 Chelsea reportedly held advanced talks to sign Alisson Becker - but gave Liverpool a chance to sign him when they thought they could persuade Thibaut Courtois to stay.

Brazil keeper Alisson joined Liverpool from Roma in a £67million move in 2018.

He was the solution to a problem that had plagued the Reds, and together with the £75m signing of Virgil van Dijk, gave Liverpool the backbone they needed to kick on and become world beaters.

Having solidified their defence, Jurgen Klopp's side went on to win the Champions League, the UEFA Super Cup and the Club World Cup, before dominating this season's Premier League.

But it could have been so different, as Chelsea were at one stage deep in talks with Alisson - and the keeper was reportedly keen on a move to Stamford Bridge.

But the London side took their eye off the ball when they thought wantaway keeper Courtois could be convinced to stay, according to The Athletic.

Courtois had made it clear he wanted to join Real Madrid - and while Chelsea thought there was a glimmer of hope that he would stay, they ultimately failed to convince him and he switched to the La Liga giants.

So they missed out on Alisson - and Chelsea's loss has certainly been Liverpool's gain, with the 27-year-old having been a crucial part of the Reds' success over the past two seasons, and regarded by many as the world's best goalkeeper.

Chelsea instead signed Kepa Arrizabalaga from Athletic Bilbao for £73million, but he was dropped midway through this season in favour of Willy Caballero, and boss Frank Lampard is now looking for a top-class keeper.

Liverpool are 25 points clear at the top of the Premier League - but amid the coronavirus crisis that has brought football to a halt they are waiting to discover when they will be able to resume their bid for a first top-flight title in 30 years.