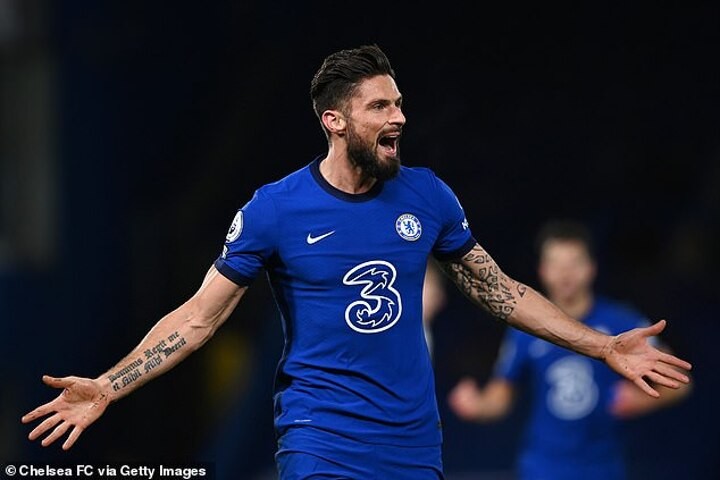 Chelsea look set to try and hold on to Olivier Giroud after the Frenchman's talks over a move to Serie A champions Juventus stalled, according to reports.

The 34-year-old, whose contract at Stamford Bridge is due to expire in the summer, is the Blues' joint top-scorer this season with nine goals but is still not a regular in Frank Lampard's starting XI.

Now free to talk to clubs abroad about signing a pre-contract, Giroud was in talks with Juve after Andrea Pirlo confirmed their interest in him - but according to The Sun, Giroud is not happy about only being offered a six-month deal in Turin.

The report details that Giroud wants a more secure deal than the contract until the end of the season being offered.

The former Arsenal man wants a deal ideally for 18 months, until the summer of 2022.

On the other hand, Lampard is thought to be hesitant about letting Giroud go, given the inconsistency of Timo Werner and Tammy Abraham as alternative options up fornt.

And though he's not playing regularly, Giroud is thought to be satisfied with his current role at Chelsea - London rivals West Ham are also keeping an eye on Giroud's situation.

The Hammers are looking for a permanent replacement for Sebastien Haller, after he was sold to Ajax last week.

Meanwhile Giroud, who reached 100 caps for the French national team last year and was part of the side which won the 2018 World Cup, wants to gain enough minutes to keep his spot in Didier Deschamps' squad for the European Championships.