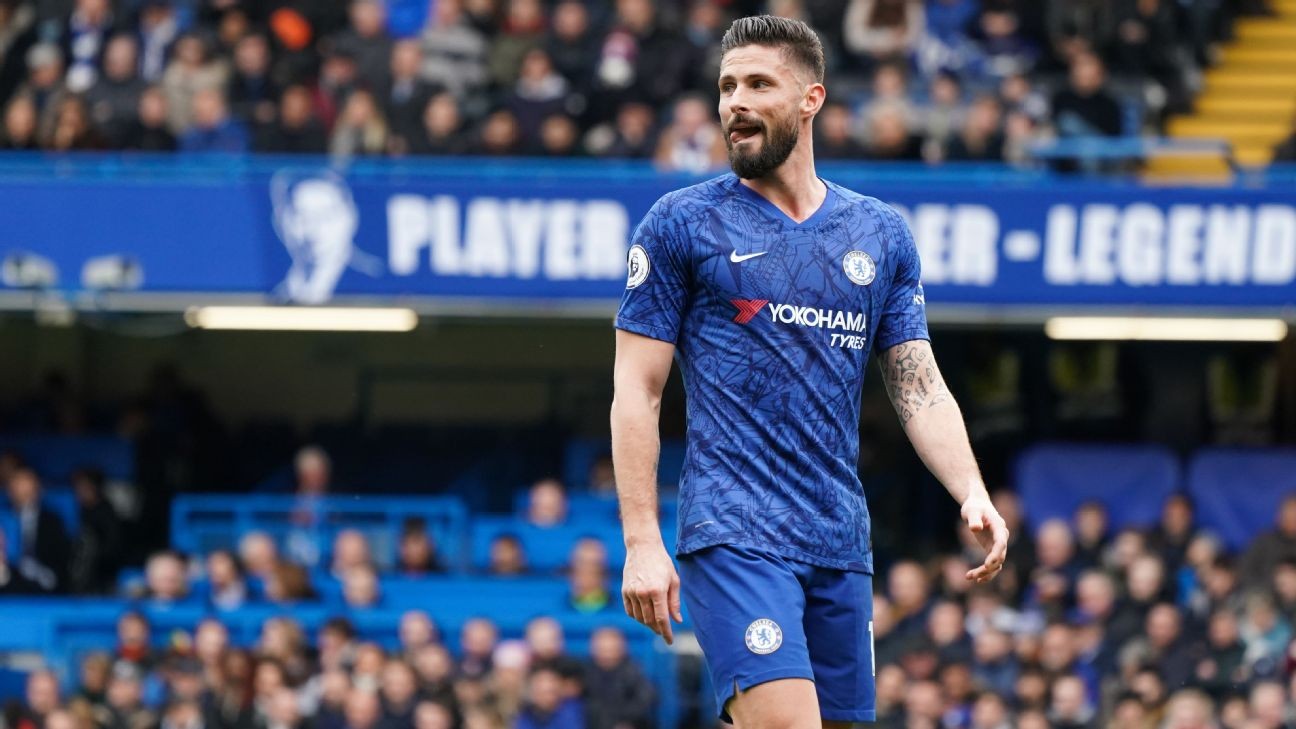 Jan Aage Fjortoft explains whether or not Chelsea is a serious contender for Timo Werner. Julien Laurens reacts to Chelsea extending Olivier Giroud's contract until 2021.

Olivier Giroud has said the effects of the coronavirus pandemic across Europe influenced his decision to sign a contract extension with Chelsea.

The striker almost left the club in January but the Blues' failure to find a replacement meant Giroud stayed for the final six months of his existing deal.

Giroud was rewarded for his professionalism during that turbulent period with a run in the first team after Tammy Abraham suffered an ankle injury, starting Chelsea's final five matches in all competitions before the pandemic halted the sport.

However, Giroud was still expected to depart at the end of the season with Inter Milan favourites for his signature as talks continued into the spring. Yet in April, Chelsea exercised an option to retain Giroud for the 2020-21 campaign and the striker explained why he agreed to a dramatic late U-turn.

"I simply seized my opportunity and I repaid the faith that the manager had shown in me," he told the club's website. "That's why the club ultimately offered me the chance to continue my time at Chelsea and I accepted immediately because I like it here. I want to keep winning trophies and I want to continue to show the manager that he can count on me.

Giroud has lived in London since joining Arsenal from Montpellier in 2012 before moving to Chelsea six years later. He also confirmed widespread reports that he was close to leaving Chelsea during the previous transfer window.

Inter were hopeful of securing a deal then while sources have told ESPN that Giroud was also open to a move to Tottenham, who had expressed an interest with Harry Kane out injured. However, Lampard blocked a deal with any club because no suitable alternative could be identified.

Chelsea explored the possibility of signing Napoli's Dries Mertens and were offered Edinson Cavani from Paris Saint-Germain but opted to wait until the summer to pursue a longer-term target, including Lyon forward Moussa Dembele or RB Leipzig's Timo Werner.

"I was supposed to leave in the January transfer window because I wasn't playing much and I needed more game time to make the France squad for Euro 2020," Giroud added. "I very nearly left the club but I really think that God wanted me to stay at Chelsea.

"The manager told me that he couldn't let me leave because he didn't have anyone to replace me. Everyone knows what happened so I won't go back over it but the coach spoke to me privately and told me that he'd give more games.

"He kept his word and what then mattered to me was proving to him that he could count on me when I was called upon."