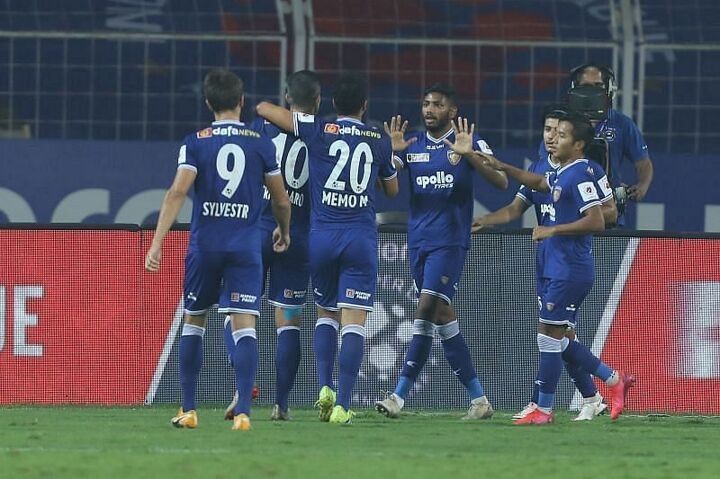 This week's action in the ISL kicks off with Chennaiyin FC locking horns with table-toppers Mumbai City FC. The clash between the two exciting teams will be played at the Goa Medical College Ground in Bambolim, Goa.

The two-time ISL champions have had a topsy-turvy campaign this time under new head coach Csaba Laszlo. The Marina Machans have lost two, drawn two and won just once in their last five outings.

Owing to their recent slump, Chennaiyin FC are currently sixth in the ISL table. They have accumulated a total of 15 points from 13 matches so far, managing three wins, six draws, and four losses.

Anirudh Thapa, Meme Moura, and Esmael Goncalves will be the key players for Chennaiyin FC as they aim to finish in a playoff spot. However, they will first have to tackle the league leaders.

Spanish head coach Sergio Lobera will be pleased with side's performances in the recent ISL matches. Mumbai City FC are unbeaten since their opening day loss to NorthEast United FC.

The Islanders have benefitted from the bright form of their midfielders such as Ahmed Jahouh, Rowllin Borges, Raynier Fernandes, and Hugo Boumous. Mumbai City FC centre-back Mourtada Fall is one of the most resourceful defenders in the ISL, owing to his strong presence inside the box.

With Farukh Choudhary leaving to Jamshedpur FC over the weekend, the league leaders have added winger Jackichand Singh to their ranks. The signing further bolsters their attacking unit.

The two sides have clashed against each other 13 times in the ISL. Chennaiyin FC lead the head-to-head record by a whisker with six wins, while Mumbai City FC have won the fixture five times. Two matches between the teams have ended in draws.

When they clashed earlier in the season, Mumbai City FC mounted a comeback to win the match with a 2-1 scoreline.

Considering their recent form, Mumbai City FC have the upper hand heading into the clash against Chennaiyin FC.