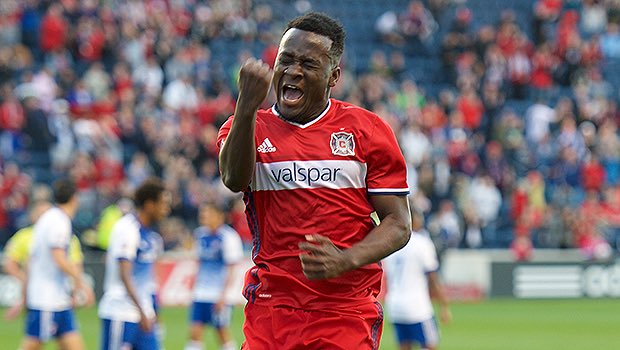 Racism has been one of the major challenges of Africa stars plying their trade in Europe – a phenomenon many African greats have suffered.

Ghana winger David Accam who currently plies his trade in the Major League Soccer with Chicago Fire recounts his traumatic experience during his playing days in the Swedish Allsvenskan.

At a younger age and being exposed to European football for the first time, the former Right To Dream Academy star was traumatized by the experience but remained focused in his pursuit of his dream.

“Yes I have suffered racial abuse in my career before and that happened in Sweden. We played Syrianska in the Swedish League about three years ago and all kinds of noise and names-calling were flowing from everywhere,” he told GHANAsoccernet.com

“It was traumatic but I knew why I was in Sweden and stayed focused. Even though it was difficult, I just had to concentrate on my game because that is why I went to Sweden,” he added.

The intelligent young man who looked well articulate with his opinion on racism charged the authorities (FIFA, CAF) to institute punitive measures to regulate racism in the game.

“A lot must be done to handle issues of racism in football. Charging clubs to pay $5000 for racial acts is nothing to stop the canker. Stiffer measures must be employed to handle the situation,” he emphasized.

Racism has been a huge challenging situation for many Ghanaian players with Sulley Muntari walking off a game while playing for Pescara in the Serie A following racism chants.

Many players including Ghana legend Tony Yeboah – who recently accused Bayern Munich manager Jupp Hyenckes for being racial against him firing his days at Frankfurt, have charged FIFA to come up with a stiff punishment to eradicate the canker if not to wipe it out completely.